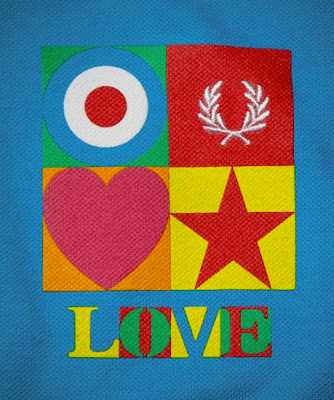 Launched at Wimbledon in 1952 by celebrated Grand Slam English tennis player, Frederick John Perry, the now Japanese owned fashion brand Fred Perry continues to provide cotton pique shirts and tailored clothing to their strong customer base of revival Mods and the fashion-conscious punk rock underground scene that resonates as much today from Wardour Street, London to Southern California and across Japan. 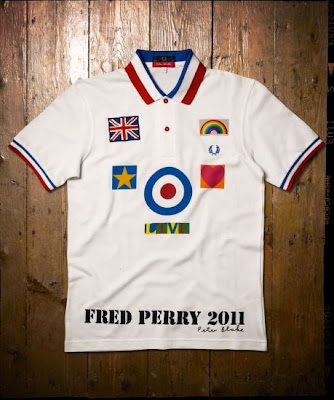 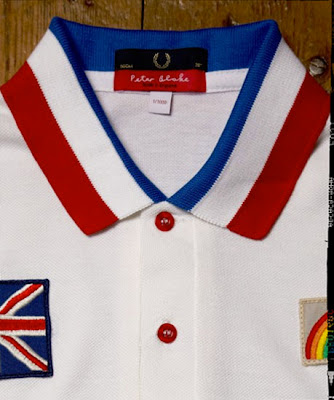 The brand continues to celebrate its heritage by teaming up with art world legend Sir Peter Blake with a series of limited edition designs and colourways onto Fred Perry's popular M12 shirt. Since the late Fifties Blake has worked with a variety of imagery sourced from advertisements and objects of the everyday to create intricate collages that define social landmarks in Britain's cultural evolution. Blake is also one of very few artists who expand their practice into the commercial arena - where his inspiration is firmly rooted - which has seen successful collaborations with the worlds of fashion (Lucky Brand Jeans & Stella McCartney), sport (Chelsea Football Club x Addidas) and his continued relationship with the music industry after his acclaimed cover art for the Beatles' album, Sgt. Pepper's Lonely Hearts Club Band back in 1967, working with Paul Weller and Oasis to name a few. 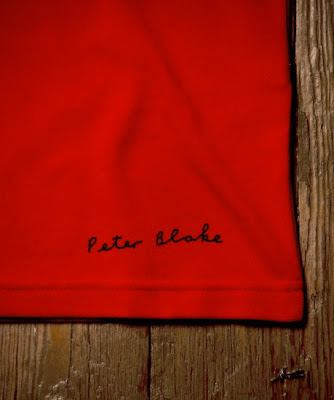 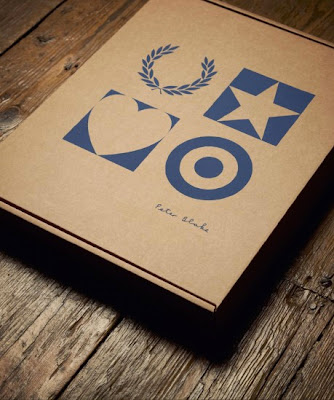 Posted by Jonathan Velardi at 06:40