When the big leg strikes the small knight... it's Oscars night!

Good luck to all the Brits nominated at tonight's
85th Academy Awards - have a great night everyone!

If you're lucky enough to be in Los Angeles check out the latest art events and exhibits across the city in my Oscars Art Diary.

Posted by Jonathan Velardi at 09:05

Sunday 24th February 2013 means only one thing: Oscars. In its 85th year the Academy Awards will honour the finest cinematic achievements from 2012 in the City of Angels; gilding Hollywood Boulevard like the yellow-brick-road leading to the Dolby Theatre, in preparation to paint the town red in the name of the silver screen.
Los Angeles may be the sacred home of the film industry but stars are not only found inside theatres. If the gold-plated Art Deco statuette is not enough to quench your culture cravings, the city’s dynamic and evolving art scene will satisfy both high and low tastes over the awards season.

Here is my pick of the best exhibitions now on across Los Angeles: 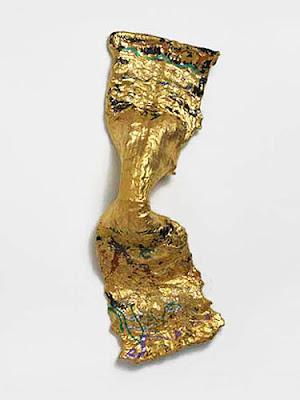 Cowboys at Gagosian Gallery
The American Dream travels from screen to canvas with celebrated artist Richard Prince and his Cowboy paintings. Spanning over thirty years, the now iconic works examine the visual language of advertising and mass media, manipulated with reprographic technologies to create their very own cinematic, yet ironic, vistas of American aspiration and romanticism from the Wild West.
Cowboys opens tomorrow 22nd February through to 6th April 2012 in Beverly Hills. 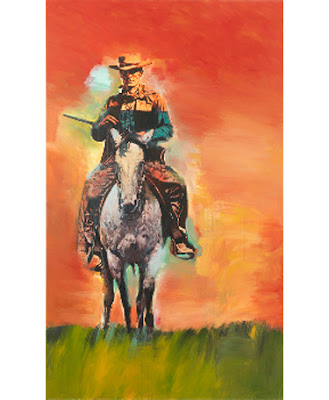 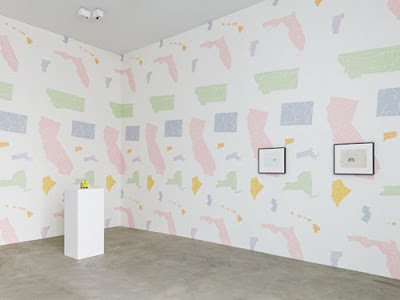 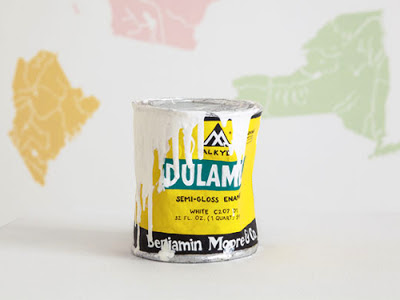 No Man's Land at OHWOW 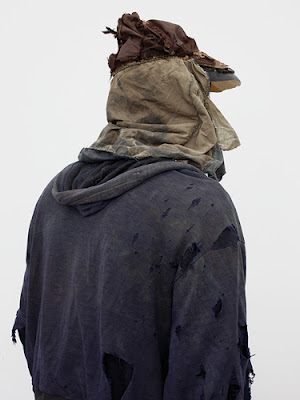 
Sanya Kantarovsky at LAXART
As part of its ongoing experimental initiative and public art programme, LAXART
Kantarovksy's public art intervention will be on display until 30th November 2013 at La Cienga Boulevard. 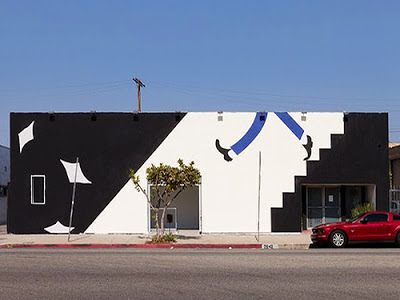 MAGIC IS REAL! by CYRCLE
In September 2012, art collective CYRCLE took over eleven-thousand square feet of surface at Bedrock.LA recording studios in Echo Park to create graffiti magic on a giant scale, which now claims to be one of the largest murals in the city.
For further details and updates on the project visit CYRCLE 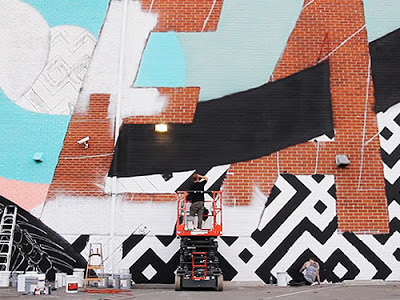 The Getty Villa
The Ancient world collides with modern reproduction in the opulent surroundings of Malibu's finest address. J. Paul Getty's collection of ancient art and antiquities are housed in a recreation of the Villa of the Papryi at Herculaneum, Italy. The Getty Villa was built as a public museum dedicated to the study of the arts and cultures of Greece, Rome and Etruria - a must for any classicist and Malibu romantic.
Visiting the Villa is through pre-booking - go to the Getty homepage for more information. 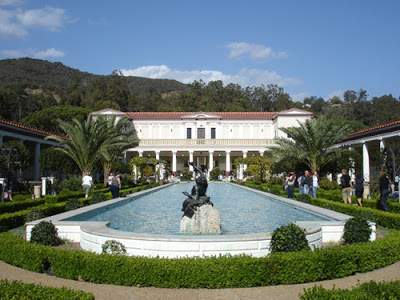 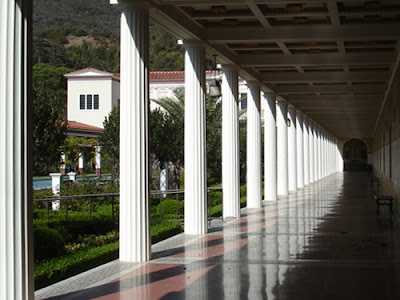 Posted by Jonathan Velardi at 10:38

After much tweaking here, there and everywhere; agonising over alignment to the nearest pixel (I kid you not) and surpassing limits of obsessive compulsion that even I had previously been unaware of, my journey through the (literally) unspoken land of HTML bares the conclusion of the last phase of mission-relaunch at jonathanvelardi.com
. 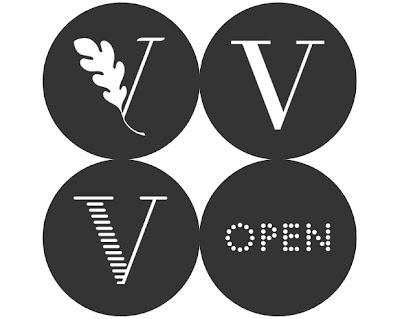 .
Having introduced the first phase of redesign last year with a single homepage to access all my online activity, jonathanvelardi.com now offers all strands of my creative output to explore, bookmark and share with three distinctive 'V' identities. This final phase sees the launch of my dedicated writing site on Arts, Culture & Lifestyle with a curated selection of posts and articles that have been featured in online publications. Sample Portfolios are available to download and will be regularly updated with the latest reports on global creative activity.

In addition, my Contemporary Art site has had a fresh lick of pixels and the commercial arm of my practice under Studio Velardi now includes products and projects that have been developed and are evolving since its launch in 2012. Follow Studio Velardi on Twitter and Tumblr and help us celebrate our 1st Birthday in a few months time!

Last but by no means least, Pinterest joins @JMVELARDI and this very blog to cover high and low culture with the #highlife and #lowlife in glorious word and image. I hope you enjoy the new sites and I would love to hear what you think – get in touch #culturecomrades...
Posted by Jonathan Velardi at 14:10

Posted by Jonathan Velardi at 03:11