If the fun and games from your Christmas crackers aren’t up to scratch at Christmas lunch this year the late doyenne of sculpture, Louise Bourgeois has a remedy. In an interview with the art critic Waldemar Januszczak, the artist shares a childhood memory of the tradition at family dinners chez Bourgeois when her Father would expect everyone around the table to bring some kind of entertainment. The artist’s step-by-step explanation of her Father’s party trick with a tangerine is utterly captivating. Bourgeois describes it as a “certain kind of humour” – will you dare to tango? 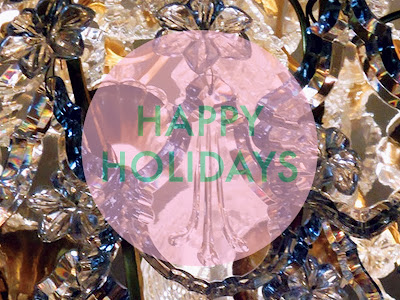 Posted by Jonathan Velardi at 04:10

Hello My Name Is Paul Smith

If there were a soundtrack to the Design Museum’s latest exhibition, dedicated to the fashion designer Paul Smith, it would have to be the whimsical melody of Willy Wonka-hit, ‘Pure Imagination’:


Hello My Name Is Paul Smith is an invitation into the mind of the celebrated British designer through a Wonka-esque journey of creation, inspiration and collaboration. Spanning a career of nearly forty years, the exhibition is a colourful display of not only Paul Smith the brand but also Sir Paul Smith the man. 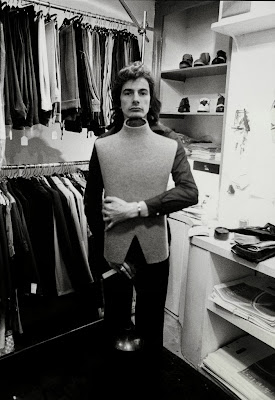 Visitors are welcomed into the exhibition by a giant Post-it note inscribed by Smith that reads EVERYDAY IS A NEW BEGINNING – a befitting mantra for the sixty-seven year old designer who has built his namesake label from humble beginnings in Nottingham into a leading global operation. From the recreation of Smith’s first shop in Byard Lane, Nottingham – all three metres squared of it – to the chaotic installation of the designer’s personal office swamped in knickknacks and lifted from its Covent Garden headquarters in London. Hello My Name Is Paul Smith is an intimate portrait of an avid collector with a penchant for pink, who thrives on the sublime and the ridiculous in equal measure.

A gallery of framed images are hung floor to ceiling to portray Smith’s wonderfully broad landscape of stimulation. Fine art prints by Patrick Caulfield and Damien Hirst hang next to flea market finds and graphic posters from around the world, which in turn neighbour the designer’s personal photographs such as shots of fashion campaigns from over the years.

“Classic with a twist” is how Smith succinctly describes the Paul Smith brand that arguably epitomises quintessential Britishness through eccentric detailing, which is found in his menswear and womenswear collections. Swatches of vintage chintz, florals, silks, velvets and wool are showcased in a kaleidoscopic studio installation inspired by art, design, history and travel.

Smith was one of very few designers who understood lifestyle branding at conception, developing the brand’s identity through various collaborations that are revealed throughout the exhibition in the shape of four-wheels, two-wheels, carpets and even condiments. In a recent interview with television presenter Alan Yentob on BBC’s The Culture Show, Smith places himself “between Savile Row and Mr Bean” – an analogy that encapsulates the attention of both traditional craftsmanship with the playfulness of pattern that has earned the label international popularity, not to mention the designer’s very own cult following. For what Mr Bean is to Germany, Smith is to Japan. 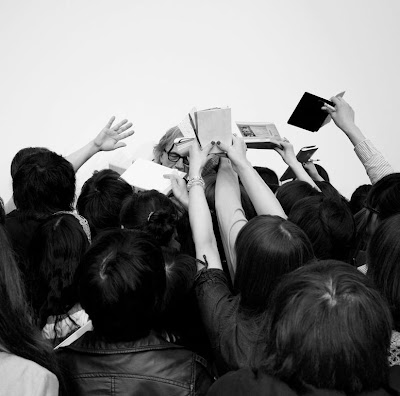 Fashion rock star: Paul Smith in Japan, 2013
The designer is a fashion rock star amongst his Japanese clientele; a country that he was able to explore boundaries in with both denim production as well as large scale architectural masterpieces for his retail outlets. The latter is one of many early disciplines Smith pioneered amongst his counterparts in the fashion industry. Paul Smith flagships around the world command architectural pilgrimages, as do their interiors that remain curated down to the very last detail by the designer himself. 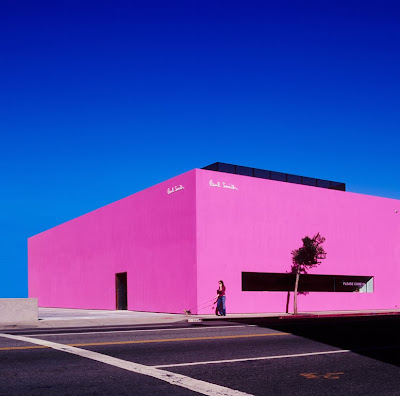 Paul Smith Melrose Avenue, Los Angeles
From Nottingham to Nippon, the exhibition is an inspiring journey into Smith’s boundless vision. If it’s taken nearly forty years to say ‘hello’, this exhibition is really only just the beginning of getting to know the one and only,  Sir Paul Smith.

Hello My Name Is Paul Smith runs to 9th March 2014 at the Design Museum, London – for visitor information click here

Posted by Jonathan Velardi at 10:16

The Holiday season is just as much about giving as it is about receiving, so cue my annual Christmas gift guide that will guarantee priceless cheer under the tree this year. Inspired by art, culture and design that have been featured on this very blog over 2013; from my Twitter and Pinterest boards as well as some new items thrown into the festive mix - here’s my curated countdown of ideas for connoisseurs and the curious alike…

1. Bring home the Bacon
2013 marks the year Francis Bacon’s triptych, Three Studies of Lucien Freud sold for a record $142.2 million at Christie’s – play auction house at home with this cushion after the artist’s Self-Portrait, 1969 available from The Estate of Francis Bacon 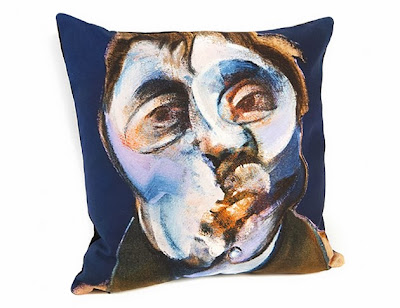 2. Performance Art
Turn the WC into a White Cube with Tim Noble and Sue Webster’s printed toilet paper Wipe That Grin Off Your Face, 2013 - available at Other Criteria 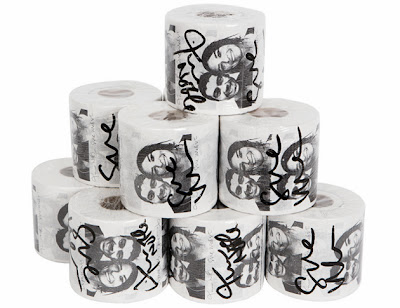 3. Quality control
The good, the bad and the ugly with architectural historian Gavin Stamp - Anti-Ugly: Excursions in English Architecture and Design published by Aurum Press 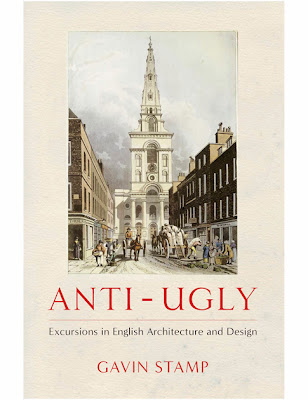 4. Poolside patron
Culture cred at the cabana with Yayoi Kusama’s art towel for Works On Whatever, the annual initiative for contemporary art accessibility from Art Production Fund 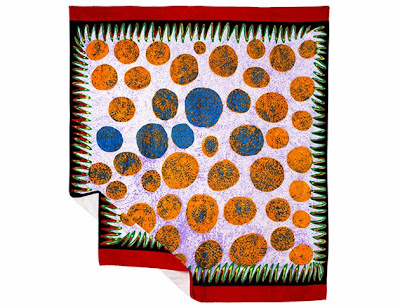 5. Less is more
Five golden rings have nothing on this 1907 interlocking unisex band – available in solid brass, sterling silver and 18k gold from Wintercheck Factory 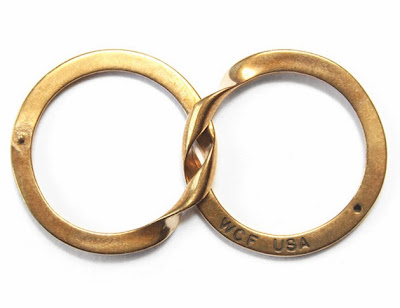 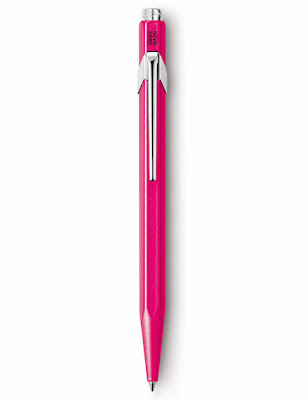 7. Big Kids
A host of celebrated international creative talent contribute to this grownup colouring book of graphic and graffiti design - Souris Hong-Porretta curates Outside the Lines: An Artists’ Colouring Book for Giant Imaginations published by Pengiun 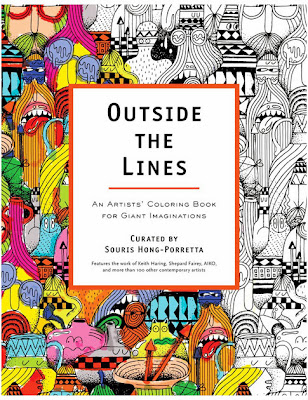 8. Christmas Twist
“Please sir, I want some shmores” – forget the flambé figgy pudding and melt marshmallows around the fire with these handmade wire toasting forks from RE 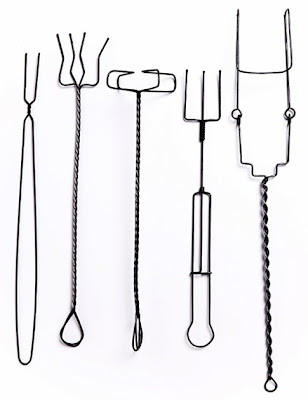 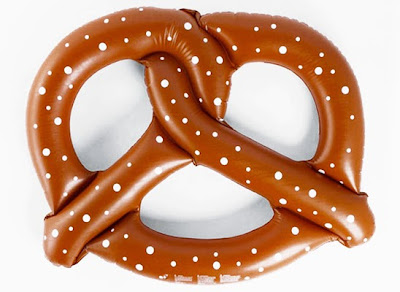 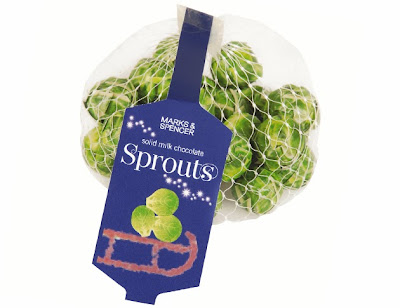