There has been an air of the unstable in the news of late, when the reality of the unknown is no more predictable than however many live news forecasts, ticker feeds and tweets one follows. Voltaire described the unknown - plagued with doubt and delusion - as ‘not a pleasant condition’ and deemed certainty as ‘absurd’. Benjamin Franklin concurred with the French philosopher proclaiming the only certainty is that of ‘death and taxes’. Many will argue not a great deal has changed in over two centuries but what is certain is that in another two centuries time society will not only have important statements and documents to reference from our public figures of today, but a vast digital archive of their every move, gesticulation and utterance in both public and private life. 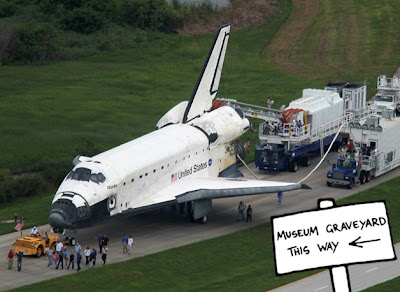 Atlantis returns to Earth on 20th July 2011
Take this week’s historic end of America’s space program - the return of Space Shuttle Atlantis dramatically leaps three decades of NASA space investigation into the unknown as well as under a new and pristine museum display case. With the lack of state funds and interest that once was for orbit technology, space has been fighting for a front row seat in the ever-changing times of the everyday and while its history may be secure it is its future that will now be in jeopardy. The live broadcasts of this last space mission - from the launch, to the docking and even to the music choice that the astronauts woke up to (cue what-older-generations-think-the-youth-are-still-listening-to, Coldplay’s Viva La Vida) - were a public display of an organisation experiencing a midlife crisis, lost of its pioneering bravado and looking to private companies for investment: both financially and in aid of a new and exciting rebrand strategy. 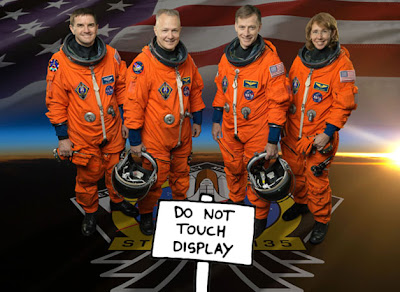 Commander Ferguson & his crew: coming to a Star Trek conference near you
PR is one of the most important acronyms of corporate success and has been used for the good and the ugly in equal measure throughout history. News Corporation, the world’s second-largest media conglomerate, is currently in the news for all the wrong reasons with a series of high profile and highly sensitive phone hacking cases that were illegally obtained under the pretence of investigative journalism. Controlled by eighty-year-old Rupert Murdoch and his family in what can only be described as a twenty-first century dynasty, the summoning of Murdoch senior and his son James to appear before the House of Commons Culture, Media and Sport Committee in London to explain their involvement in the phone hacking allegations displayed the highs and lows of the power of public relations. James’s confidence, clarity and ability to run down the clock were in contrast to his Father’s initial fragility, one-word answers and ignorance of activity outside of his own boardroom. While money could not buy the shameful assault of shaving foam on the eighty-year-old media emperor that gifted him a degree of sympathy and respect, the event only emphasised his ageing position in a company that may find itself under investigations on both sides of the Atlantic with growing doubts on what is now a tarnished brand Murdoch. 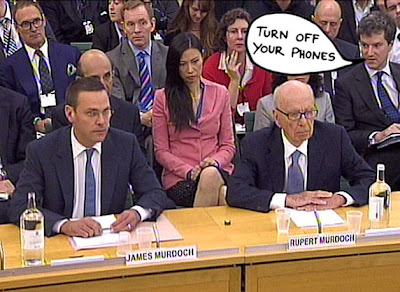 Wendi Deng Murdoch didn't need a name plate by the end of the day's proceedings
So as well as death and taxes, is the age of empirical excess and its eventual downfall another certainty? Will the fluctuating demands of society coerce the superfluous aspects of the everyday into a midlife coma or is this just a case of nothing lasts forever? 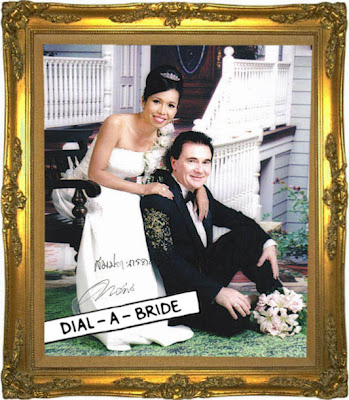 Walking, talking cliché: the ultimate midlife crisis trophy... on fake grass
I am from a generation that has benefitted from information overload, encompassing Music Television, space exploration and the age of the download, from headline news to Facebook status updates from everyone, everywhere including their pet cat: knowing how to define and place oneself through an unconscious attitude in a media-driven society that ridicules and wraps clichés in danger tape, signposted with the words ‘do not enter beyond this point’; where one can literally smell a cliché a mile away, usually coming from a heavily scented midlife crisis victim who thinks buying a second-hand Ferrari and a Thai bride are still signifiers of success and eternal youth.
Contemporary society is conscious of the pitfalls of twenty-first century expression and is aware that the type of phone you have or who you follow on Twitter, if at all, exposes you to a series of tailored global networks that have a finite longevity due to the pace of visual and data manifestation. Naivety is no longer an excuse. Signs of generations past and present are becoming more evident, be it the end of America's chapter in space exploration or stringent media laws on privacy. The irony with the walking-talking-cliché-generation is that it thrives on a warped sense of certainty, forfeiting any respectability with a wayward determination by accumulating tokens of perverse status which in today’s society only omit the tragedy of an expiring generation whose motto is, you guessed it, that other golden cliché: you only live once.

Posted by Jonathan Velardi at 11:05