Studio Velardi has officially joined the visual realm of Tumblr! As many of my readers will know I launched Studio Velardi - the commercial arm of my practice - earlier this year to offer a digital, traditional and bespoke creative design service (Introducing… March 2012). To mark my first leap into commercial product design, I created an exclusive collection of environmentally friendly stationery that explored British stereotype and illustrative paraphernalia that has been well received in Windsor, where the enterprise is based, in the heart of Royal Berkshire. 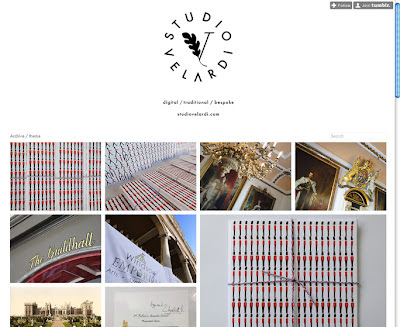 Complementing the enterprise’s online activity in both word and image, studiovelardi.tumblr.com will present a visual archive of product, projects and events as well as a comprehensive online portfolio of both identity and inspiration of an emerging brand; focusing on accessible, high quality design production that employs local manufacturers in the Royal county wherever possible and is resolutely made in England. 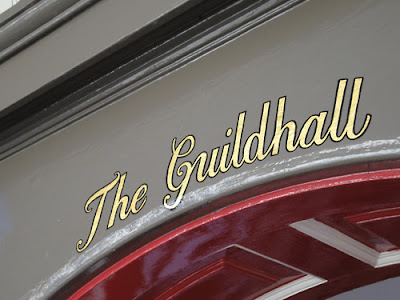 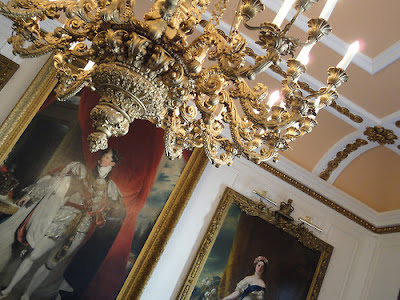 This weekend Studio Velardi returns to the Windsor Emporium on Sunday 7th October at The Guildhall, Windsor.

Visit studiovelardi.tumblr.com and follow @studiovelardi on Twitter for the latest news and updates on my whereabouts over the coming festive season.
Posted by Jonathan Velardi at 06:19

The official end of summer may have been last week, but London was not ready to say farewell just yet and after a week of Paralympic action, it was time today to reflect on what has been an historic British summer of sport and celebration in the shadows of yesterday night’s extraordinary Coldpay tribute to the "Para- Para-" Paralympic Closing Ceremony. 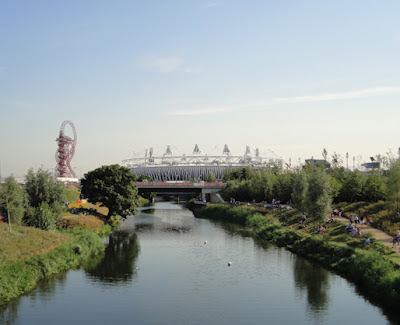 From the magnificent spectacle that invited the world deep into the true British psyche of eclecticism and invention at the Olympics (Opening Up, July 2012) to the superhuman achievement that was displayed again from East London to Eton Dorney and across the United Kingdom during the Paralympic Games, London 2012 will be remembered as the city that shone the Paralympic flame brighter than ever before, as if the Olympics were merely a warm-up to what would be an inspiring summer of inclusivity for all. 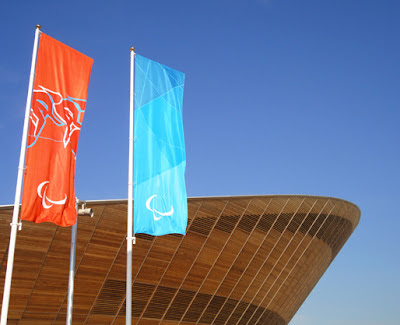 London 2012 Velodrome by Hopkins Architects
After being hooked to the Olympic coverage and desperately trying to get in on some Paralympic action for myself, I was lucky enough to witness last week what had been reported in the press with my own eyes: pride, patriotism and personality that had brand GB written all over it around the Olympic Park. Zaha Hadid’s critically acclaimed Aquatics Centre was arguably the most iconic venue in style and substance and it was somehow an honour to experience an ecstasy of senses within this beautiful structure and even see more than ten world records on the night that I attended, including Paralympic GB’s golden girl Ellie Simmonds MBE.
Legacy officially has nowhere to hide (The Finish Line, August 2012) and it will be London 2012’s testament in years to come to its success in both sporting arenas as well as starting today and tomorrow in everyday life for young, old, abled and disabled alike.

My inherent British cynicism thought London 2012 was going to be like a difficult relative coming to visit for the summer. Now, I don’t want it to leave. Congratulations to all the athletes, volunteers and organisers who created a summer of dreams that turned fantasy into reality - where athletes proved that dreams really do come true and hopefully the dreams of a generation have been planted for a lifetime. Here are some photos from my Olympic day out last week… 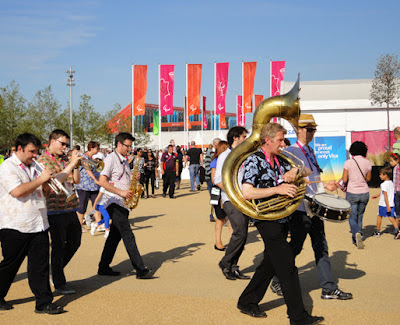 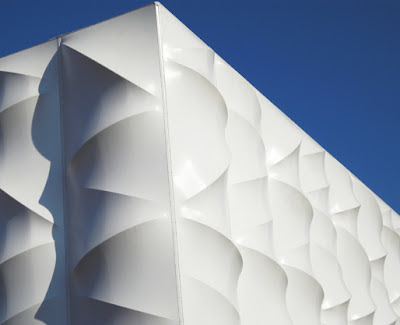 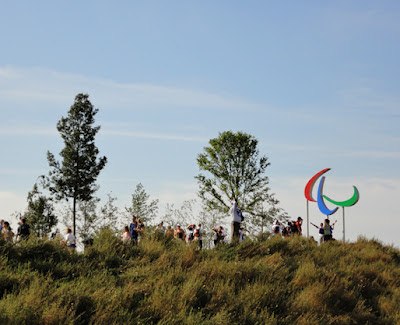 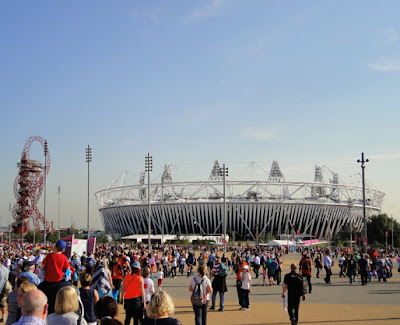 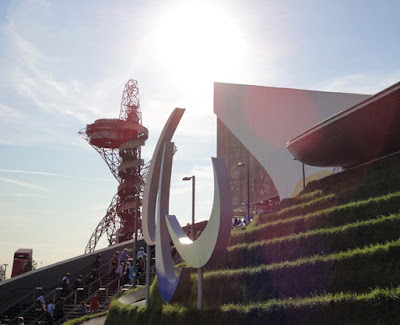 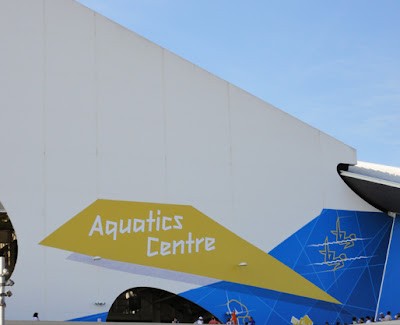 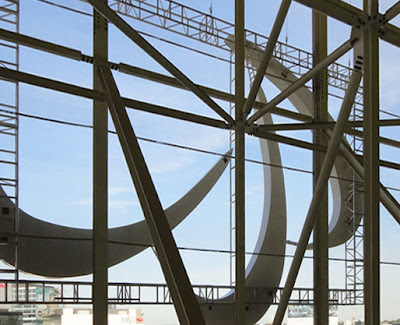 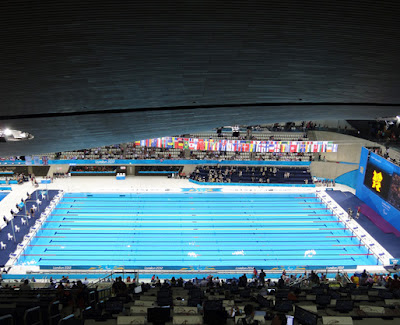 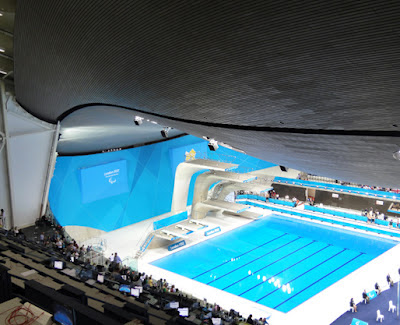 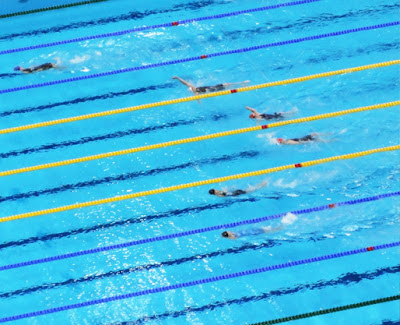 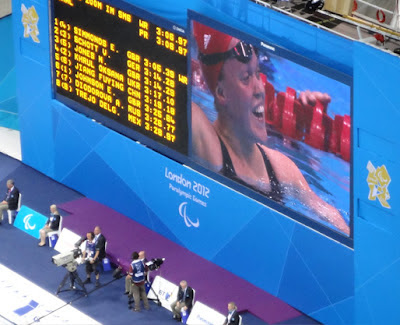 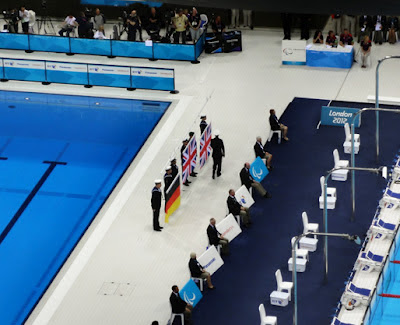 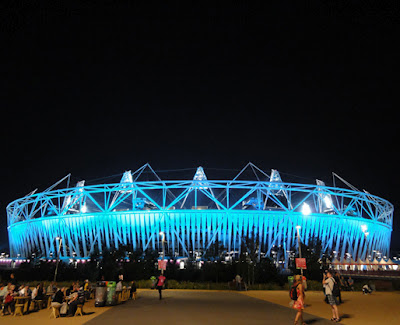 Posted by Jonathan Velardi at 15:22