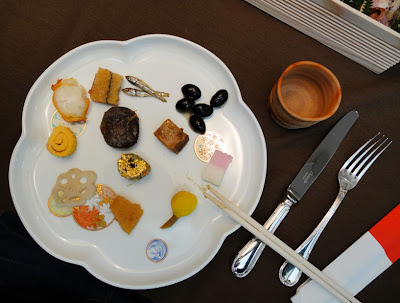 Nostalgia and anticipation strike the right notes at the end of a year. I hit a few majors, and have had my fair share of minors, throughout 2011 and while every year is a rollercoaster of remembrance, mere chapters in our very own chronicle of a lifetime, there will undoubtedly be extracts that we will want to cherish and those that are to be fervently forgotten. Unfortunately I faced several personal challenges in 2011, one too many that may make anyone else deem it a write-off, but it will be in majority a year full of wonderful memories, many of which I have wanted to share and have not done so until now. 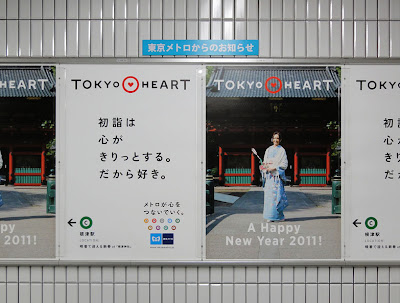 Amazingly, it has taken me twelve months to put down into words my very first trip to Japan. Put simply, this was a childhood dream come true and as with my other travels, worthy of a blog post or two. Before the end of 2010 I was hosted by my good friend and old flat mate @mtomatot and seeing the sights, sounds and smells of Tokyo that I had heard so much about when we were at The Slade together with my own eyes was as exciting as it could get. It was an honour to see in 2011 in Tokyo, getting the chance to strike a gong for good fortune and ridding of sins on the temple bell and to explore the country on my own, armed with the oh-so-polite phrase, “sumimassen, doko desu ka?” for a few days in historic Kyoto. The kindness, generosity, and attention to detail - from being informed what side to sit on the Shinkansen in order to see Mount Fuji to the abundance of individual hand serviettes at every taiyaki bakery and table placement from Shibuya to Setagaya-ku (anyone who knows me will understand the importance and heartfelt appreciation I have for this default hygiene) – are only a few examples of the charming nature that is the Japanese psyche. On my return to England I wanted to do my ode-to-Japan post justice and with the hundreds of photos and jotted notes I had accumulated during my two-week stay I knew this was no one-hundred-and-forty-word-limit blurt. January and February passed by and as I was preparing a write-up on my Nippon adventures, the world was reminded how vulnerable it was when devastating images were being live-fed to breaking news channels on Friday 11th March. While global acts of human revolution continued to make headline news throughout the year, it was the power of nature that proved the most changing effect on the nation of Japan with the devastating tsunami that hit along its Eastern coast.  Watching the helpless communities watching their own neighbourhoods, its history and their livelihoods wiped out by the force of the water were images that will and must never be forgotten. Only a few months before, the people of Japan left such an indelible mark on me, with such destruction that was now consuming everyone from the city to the countryside, it was impossible to post anything of my extraordinary trip during this time. Fortunately my friends in Japan and their respective families were safe – what was now on everyone’s mind was how to help the tsunami-hit areas, areas whose residents were patiently helping one another and whose stoic nature amazed the world under this difficult and emotional spotlight.
On 31st March @ladiesotpress, @tomoko_aoki and myself rallied London support with the fundraising event Send My Love to Everyone in Japan hosted at Quare project space which raised money for the British Red Cross Japan Tsunami Appeal and brought together those who had family and friends in Japan that were away from their loved ones during the crisis.
Had somebody told me I was to visit the Land of the Rising Sun twice in the same year I would certainly not have believed it. But I was back in Tokyo once more in October, this time to share in the beautiful celebration of marriage between @mtomatot and @Y_WOODY. It was a privilege to have attended my friends' special day and being able to return to my favourite spots such as Yanaka and Daikanyama as a little-bit-more-than-a-tourist was very sugoi. 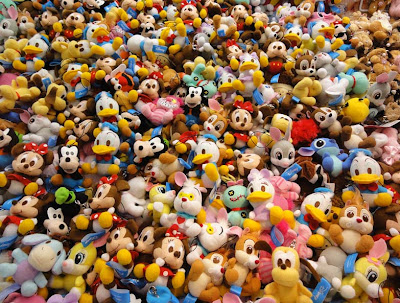 In Japan, I found my soul mate, or soul country, and I hope I will return to this fascinating island very soon. This year's horrific tsunami showed the inherent strength of Japan and is a testament to the power of human nature against Mother Nature: loss is an incredibly consuming emotion and I wish everyone who has experienced loss in Japan and across the world the hope that is brought with the expectations of a New Year. While there are many dedications of this year to protests and socio-politcal change (HOPE Less, December 2011), I am dedicating 2011 to Japan: a country I finally managed to visit and a corner in its vibrant everyday that I feel I can call a home from home... look out for a few more write-ups about my time in Japan coming soon in the New Year but until then, here are a selection of photos from Tokyo, Kyoto and everywhere in between... 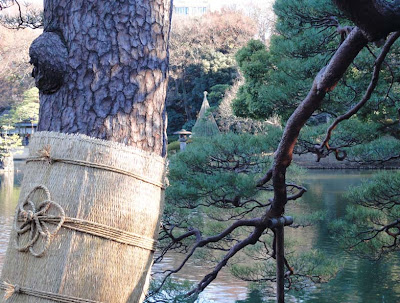 Tokyo Sky Tree, in Sumida district, is due for completion in February 2012 and will be the tallest building in Japan reaching 2080 feet. 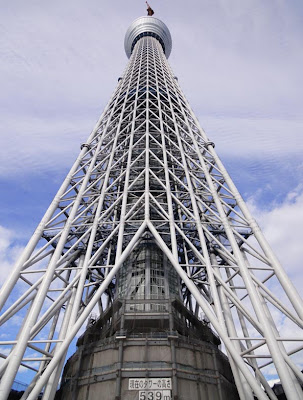 Designed by architect Rafael Viñoly, the light-filled lobby of Tokyo International Forum nods to the country's relationship with the sea, creating a floating hull-like structure. 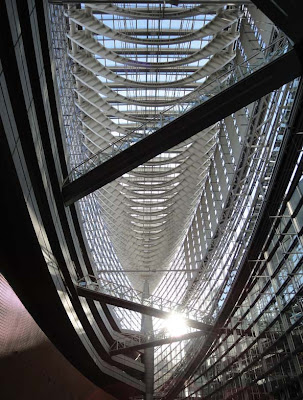 Repeat after me "ton-kat-su"- three syllables of tender breaded pork cutlet sandwiches at Maisen in Harajuku. 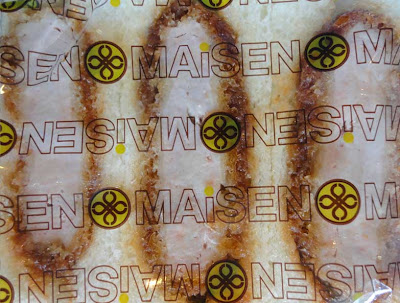 A surprise view from one of the best eateries in the city - set within the deepest alleys of Roppongi lies the urban farm complex, Roppongi Nouen, founded by the formidable Hima Furuta - this is a must-see must-do, must-eat if you're in town - oishii 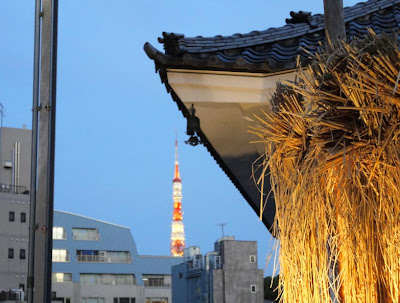 Grand Sumo at Ryōgoku was one of the most unique experiences of 2011. 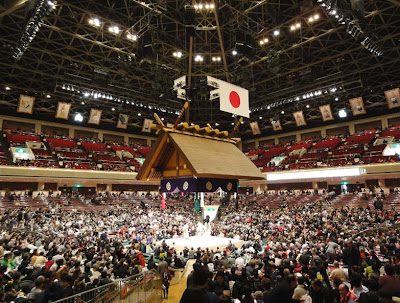 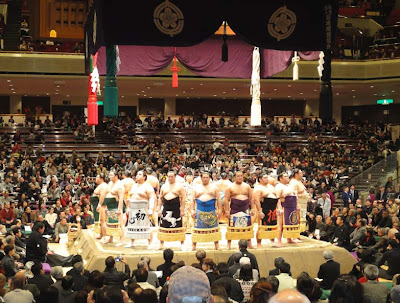 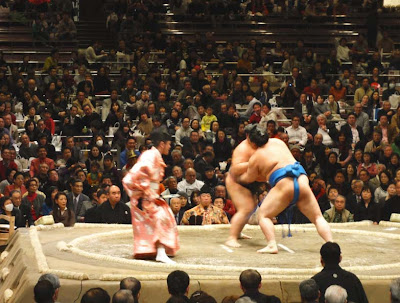 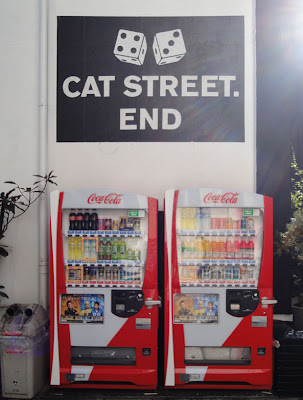 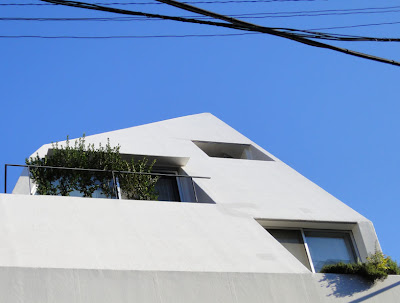 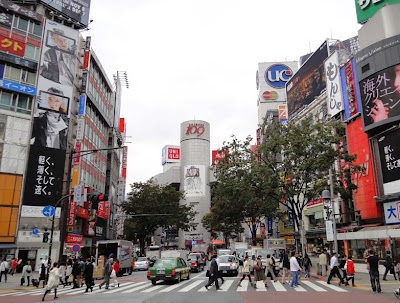 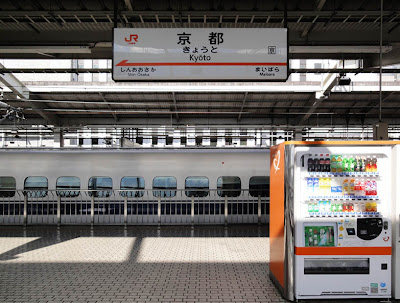 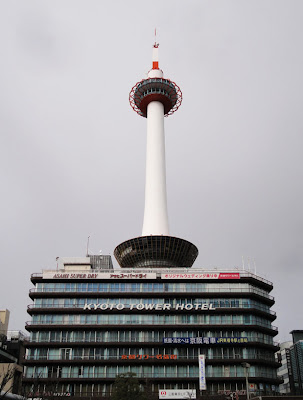 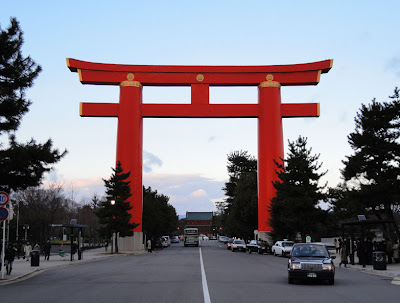 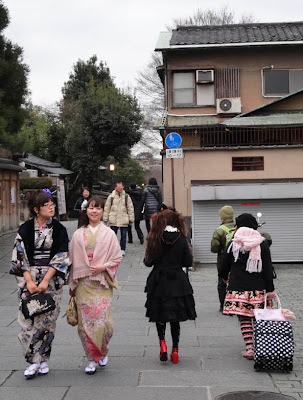 East meets West on the steps of the To-ji Temple compound. 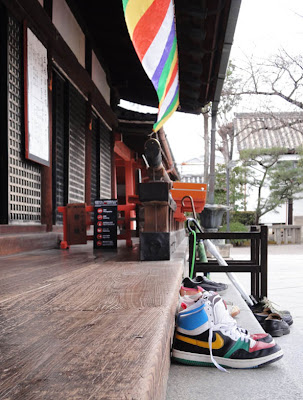 Magnificence at Kinkaku-ji - Temple of the Golden Pavilion. 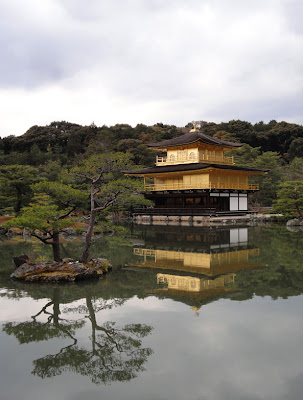 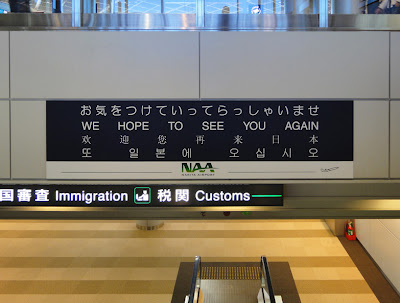 I have worked on exciting projects and met interesting people this year – through this blog and my new-found embrace of Twitter I have made new friends and creative colleagues around the world and I look forward to working with and hearing their news and future successes in 2012.
Happy New Year everyone
Thank you for all your support - here's to another year!

Posted by Jonathan Velardi at 14:34