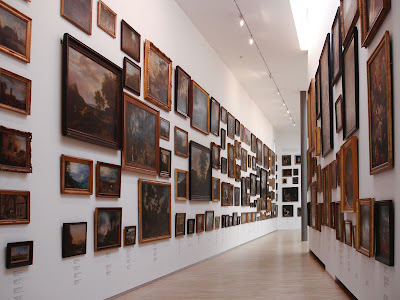 Statens Museum for Kunst
With areas such as Vesterbro's Carlsberg Centre and Fisketorvet, the bohemian Christianshavn and the neighbourhood around Kastellet, Copenhagen has enough art districts to whet anyone's appetite. I recommend starting at the Statens Museum for Kunst, Denmark's National Gallery to get a feel of the collections that span from the early Renaissance to the contemporary - all housed in an impressive building that looks out onto Østre Anlæg, one of the city's oldest fortifications. 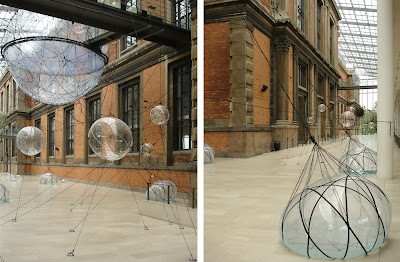 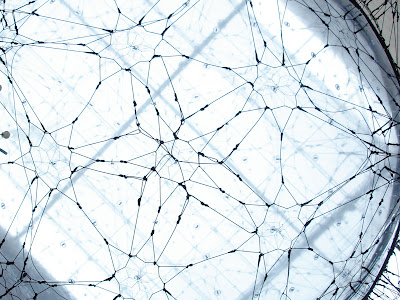 Biospheres, 2009 - Tomás Saraceno
The exhibition Photographs, that closed last week, presented 250 works from both Danish and international artists that captured the conceptual style of seeing everyday life through a lens. ReThink Relations took centre stage in the gallery's atrium with works by Tomás Saraceno, Olafur Eliasson, Allora & Calzadilla and Henrik Håkansson that focused on climate issues with both simple, yet ambitious installations.
Head South to the district of Nyboder to find a series of commercial galleries (Galleri Christina Wilson, Galleri Mikael Andersen, henningsen contemporary & Rohde contemporary) nestled in the grand apartment buildings that neighbour Amelienborg, the Royal residence of the Danish Royal Family. Since many of the galleries open at noon, take advantage to watch the changing of the guard march across the city to their new posts and grab yourself a coffee at the delectable Kafferiet on 44 Esplanaden before hitting the higher end of the art circuit in these royal quarters. Culture vultures need sustenance and there is no place like TASTE on 80 Store Kongensgade for amazing handmade sandwiches or moreish vegetable scones at lunchtime. 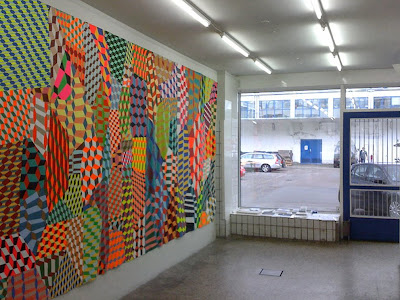 Barry McGee at V1 Gallery
The southern harbours of Vesterbro offer a more alternative art experience. Independent contemporary art galleries have squeezed in between the slaughter chambers of the fish and meatpackers in Fisketorvet. Check out Hans Alf Gallery, Galleri Bo Bjerggaard and V1 Gallery who were exhibiting works by Todd James (a.k.a. REAS) and Lydia Fong (a.k.a. Barry McGee) which are conveniently next door to the equally cool Karriere Bar. Created by Danish artist Jeppe Hein, Karriere Bar's fixtures and fittings have been given the golden touch by some of the art world's greats - prepare to be amazed while watching freshly cut meats shipped in and out on the forecourt.
Work your way down the train tracks to the establishments that are being set up around the Carlsberg Centre. A community within itself that takes up several blocks, the brewery compound has had a cultural injection with the opening of new commercial galleries that can be found appropriately on 'New Carlsberg Way' or Ny Carlsberg Vej. Galleri Nicolai Wallner and IMO have adapted the old warehouses into large and open spaces - the area currently possesses an in-the-know feel about it that was rather exciting and it was my good friend Christina who I met while we were both at The Slade, who gave me the insider's go-to, which included our next stop: Christianshavn... 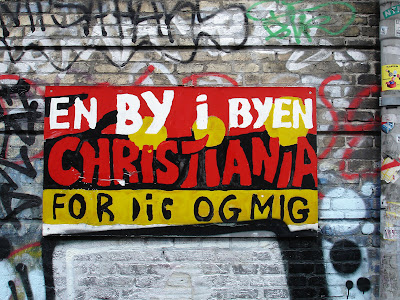 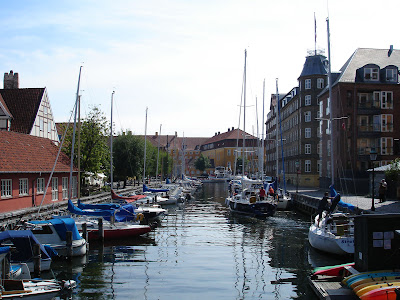 Home to a more bohemian slice of society, Christianshavn is home to the Freetown of Christiana that is partially self-governed by the community of hippies that live in abandoned military barracks that form an eclectic shanty town. A sharp contrast to the design-conscious Danish aesthetic, there was a rebellious, almost aggressive feeling in the air, which may be due to the tourists who now flock to view the inhabitants like wild animals in a zoo. Only a short walk along the canal, civilization is restored, and I finally got to try a Smørrebrød - an open sandwich that consists of dark rye bread, topped with a selection of fish, meats and spreads. As delicious as I had imagined, you can now see I was not wrong when I said culture and food go hand in hand. Before the end of a long day of catching up and eating up, Christina introduced me to the Nationalmuseet's Three Homes Three Centuries collection. Open to the public, these preserved homes include a Merchant's House, a Little Mill and a Victorian Home and offer an opportunity to see Danish life across three centuries. 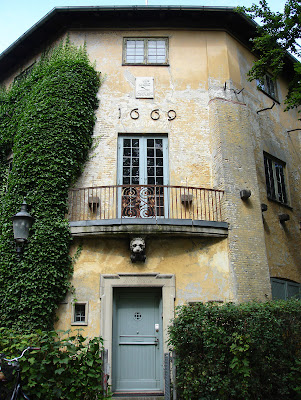 Lille Mølle (Little Mill) is located at 54 Christianshavns Volgade and is a must see for any historical voyeur - the café in the garden was equally tried and tested and is the perfect shady spot for some historical reflection.
Finally, if you want to say you've crossed one of the world's longest bridges then book a train ticket to Malmö, Denmark's closest Swedish neighbour, and travel across the beautiful Øresund Bridge in only thirty-minutes. I had not done a lot of pre-planning for this day out which was no bad thing - overcast and rain in the morning may not have been the start I was hoping for. First thing to do was to visit architect Santiago Calatrava's Turning Torso that was completed in 2005. Looking out over the water towards Copenhagen, it is Malmö's tallest building and the clouds that grazed the top of the 190m high structure only added to the dramatic stature of its design. Specifically located in the city's Västra Hamnen district, this area is already seeing fast urbanisation and will no doubt be the new happening hub in a few years time. 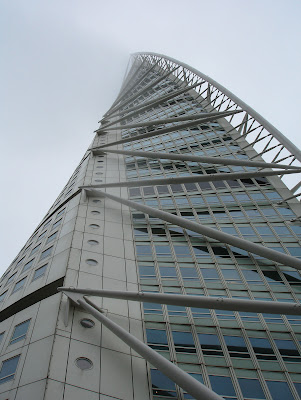 With everything in the city centre at walking distance, Malmö Konsthall was my first stop. Always All Way. Omnes Viae Malmö Ducent was an exhibition by Cameroon artist, Pascale Marthine Tayou. The large mixed media installations were typically African in style, with the use of everyday market objects assembled into totem poles and three-dimensional arrangements that created an interesting comment on how human movements and urban structures influence our surroundings. I may now be getting boring with all this food talk, but the Konsthall's restaurant, Smak offered one of the best museum menu's I have ever seen. The selection of three organic main courses all came with the most incredible buffet of Swedish delicacies and if the attendance was anything to go by - it was full, not a single seat spare - my grilled beetroots and apricots were wonderful, as was the baked breads. Praise is due to both curator and chef for one of the best visual and gastronomic experiences I have ever had.
Maybe it was the food, the charming waitresses or the space at the Konsthall, but the Moderna Museet Malmö unfortunately did not live up to expectations. Depressed by the main exhibtion in the space's Turbine Hall - and Europe will be stunned - by Israeli film artist Yael Bartana, there is only so much Holocaust-related art I can stomach and with a series of several films - all with sound; all playing at the same time - the rain outside was becoming evermore attractive. The weather perked up in the afternoon and I had enough time to walk around the historic network of piazzas and narrow streets that led me to FORM/DESIGN CENTER, an exhibition space that features both new and established Swedish designers and architects in a building dating back to the fifteenth-century. 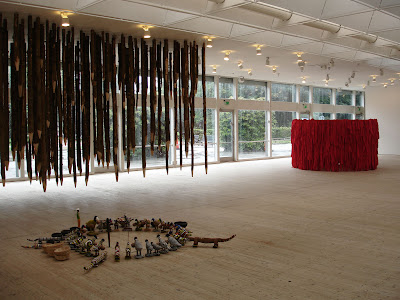 In conclusion: it's always nice seeing old friends, meeting new people and discovering new places. I may be a few lbs heavier and a few £s lighter on my return, but Denmark is officially my new favourite destination and if I could afford to pay the 48%-plus taxes I would live there as fast as you can say Smørrebrød.
Posted by Jonathan Velardi at 04:15