Walk into any museum or cultural institution’s gift shop and chances are you will find, next to the glass beaded jewellery and papier-mâché objets from the developing world, a selection of novelty silk scarves. Printed on them will be art works from their respective crowd-pleasing exhibitions or collections - Chagall at the Art Institute, Kandinsky at Guggenheim and Monet at the Met Museum to name only a few - that play to the tastes of those who like to wear their culture on their sleeves and shoulders. 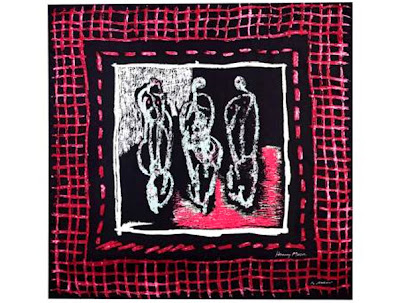 But well before the overly shiny silk scarf tokenism, there was a serious producer in silk manufacture whose creativity was paramount and collaboration with international artists was a respected and highly collectible. Since the 1940s Ascher, founded in Prague by Zika Ascher, has encouraged the link between art and the textile industry through their limited edition silk scarf project that has seen partnerships with Cecil Beaton, Henri Matisse and Feliks Topolski. Believing in ‘substance before trend’, the Ascher brand is reinventing itself and riding the crest of heritage revival that remains a growing market interest. The brand continues to be a family affair today with the founder’s grandson, Sam Ascher commissioning new artists from London, New York and Los Angeles while also reissuing its vast archive of designs, including the house’s first line of scarves designed by Henry Moore that had been originally launched in London in 1945. 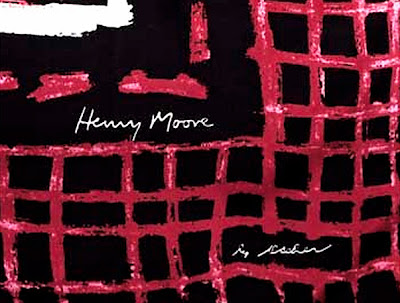 The Ascher/Moore collaboration saw a total of four designs that translated the artist’s fascination with the human form through abstract markings executed in Moore’s recognisable drawing style as seen on Three Standing Figures (pictured above). As it was half a century ago, the series is hand printed on the finest 100% silk twill and remains an item worthy of a collector’s wall and wardrobe.
Visit Ascher's official site for more information about new collaborations and rereleases from the house's archives.
Posted by Jonathan Velardi at 11:13