Earlier this year I was invited to contribute to Angola Today – the first comprehensive online platform in the English language on the Republic of Angola that is targeted at an international business and investment readership.

My article, The Angolan Art Scene, introduces the status of visual arts from craft to the contemporary: spanning traditional Tchokwe objects that continue to be highly desired on global art markets to profiling emerging artists who are presenting Angola’s turbulent identity in a contemporary context, as well as the growing foundations for art education and production in the capital of Luanda. While the art world maintains a Western-centric view on critique and taste, the popular and profitable rise of Asian and Oriental market interest will no doubt turn eyes onto emerging territories such as Africa and South America, placing Angolan contemporary art at an exciting junction for growth and development. I profile Luanda-based photographer Kiluanji Kia-Henda, who has achieved a number of high-profile residencies and exhibitions with his large-scale portraits rooted in Angola’s socio-political history and post-colonial identity. 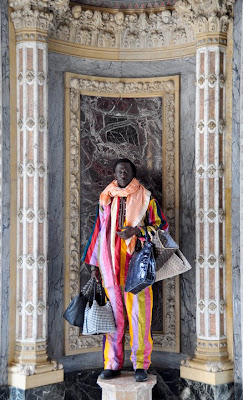 Kiluanji Kia-Henda - The Merchant of Venice, 2010
The Angolan Art Scene simultaneously launches in the run up to this year’s Paris Photo, which will open at the Grand Palais Paris, France this week. This annual art fair will honour photography from Africa, hosting a series of exhibitions – 'Les Rencontres de Bamako' and 'Private Collection' from the Artur Walther Collection – as well as presenting galleries and publishers who support African art from around the world. The four-day event is guaranteed to be an exciting insight into African art through the lens and is a date not to be missed for collectors and investors alike. Visit Paris Photo 2011 for a full programme of events. 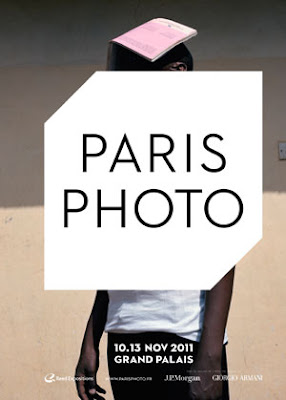 The Angolan Art Scene is now available to read at Angola Today - for more information about the article or if you would like to contact me for future editorial commissions please get in touch on 07843 158 319 or at jmvelardi@yahoo.co.uk
Posted by Jonathan Velardi at 05:01