The Luxury Channel: Art In The City 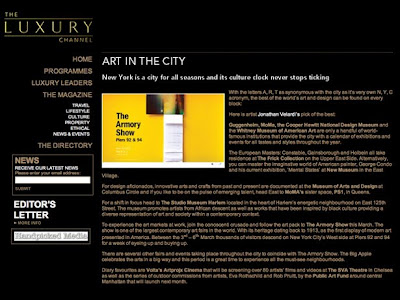 I am very excited to say that I have contributed to this month's Luxury Channel Magazine for their New York Issue. You can read my article Art in the City here - highlights from the article for the rest of March include the exhibition, Mental States, by American painter George Condo at New Museum as well as the Public Art Fund's launch of their Spring 2011 programme. While the much anticipated commission, The Andy Monument, which will be installed in Union Square by New York-based artist Rob Pruitt, is not due until the end of the month, Empire, by London-based artist (and ex-Slade tutor) Eva Rothschild opened during Armory Week last week at the entry point of Doric C. Freedman Plaza in Central Park. 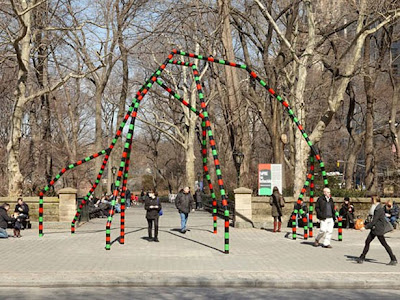 The twenty-foot high steel sculpture imitates like a portal into the park - decorated with varying densities of red, green and black stripes. While the crawling arches act as a contemporary intervention amongst the dense trees that line the parameter of the park, it also illustrates the awareness between natural and urban space and the perception of the Central Park within the built-up concrete landscape of Manhattan. 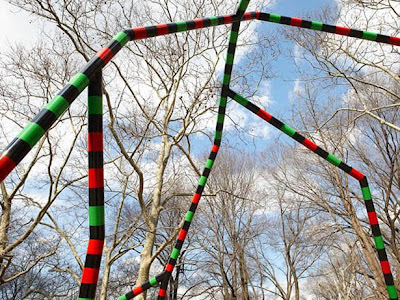 With The Plaza just around the corner, what better way to view high art than from this luxurious New York institution?Follow The Luxury Channel Magazine for more in the best of art, culture and travel from around the globe!

Posted by Jonathan Velardi at 17:53