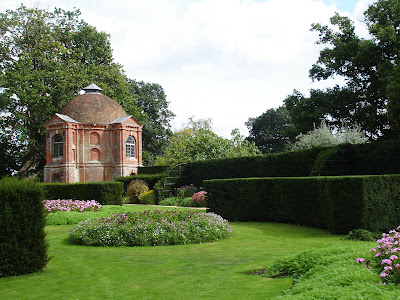 A few weeks ago I managed to escape from my computer screen and head down the M3 to Hampshire to pay a visit to The Vyne. This sixteenth-century country house was built for King Henry VIII's Lord Chamberlain, Lord Sandys, and sits just outside the historic village of Sherborne St. John in Basingstoke. I may have unfortunately missed the summer exhibition Bling Meets Baroque, where furniture designer Mark Brazier-Jones had installed as many as thirty elaborate items from decorative chairs to encrusted tables throughout the house, but I was not disappointed with the inherent spectacle that lies within this Tudor Palace. 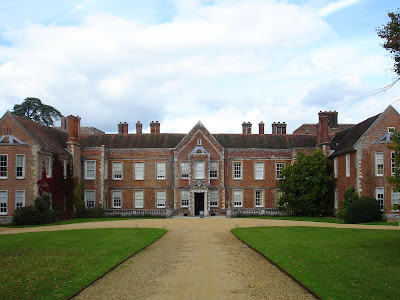 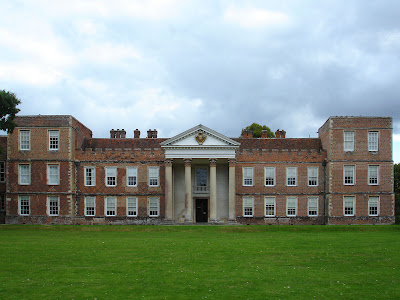 When I received a compliment about my Nike Court Force sneakers from one of the more mature wardens - the gentleman may have been rocking the tweed but he sure knew his kicks - I realised that this was no ordinary stuffy museum house. Now at ease at not feeling so out of place amongst the brogue-ed and loafer-ed visitors, I wondered whether the saying 'if these walls could talk' originated from The Vyne. Playing host to King Henry VIII on at least three occasions for Royal leisure before becoming a family home for the Chute family for more than three-hundred and fifty years, the walls would have over half a millennium's worth of chat to tale. While I was unable to squeeze out a household truth or political scandal from the bricks and mortar, visitors are able to deduce the architectural fashions and styles that had been explored throughout British history on my journey around the house. With only the chapel retaining The Vyne's Tudor origins and the classical portico addition dating to 1654, the exterior is only a fraction of the redecoration the house has undergone over time. 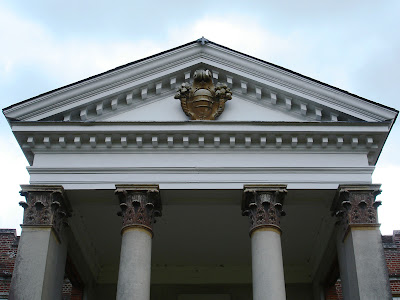 Thanks to John Chute, an amateur architect, from the mid-eighteenth century the interior spaces were to be blank canvases for his dynamic aesthetic where Ancient Greek and Roman design met with Rococo notes and Gothic accents that created an avant-garde environment of eclecticism and curiosity behind every door. Chute's architectural fearlessness is defined with his Palladian staircase in the entrance hall leading from the grand portico which is decorated with exquisite plasterwork covering the dark Tudor beams in order to magnify its actual limited size and create a magnificent space. This statement entrance has both visitors today and presumably three-hundred years ago believe the rest of the house is to be in the Baroque style. 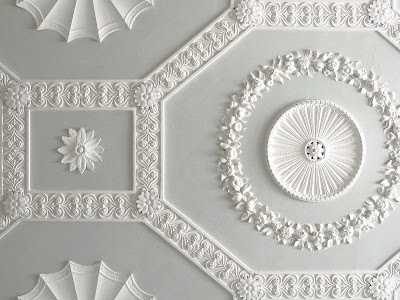 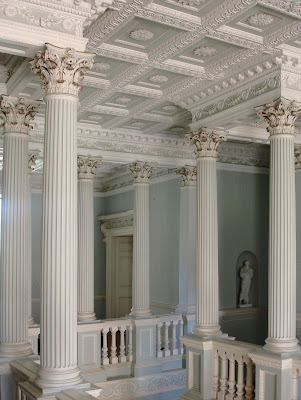 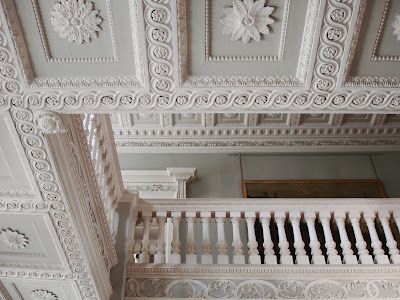 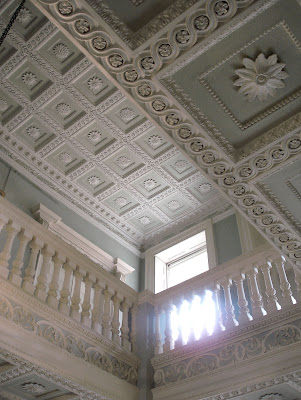 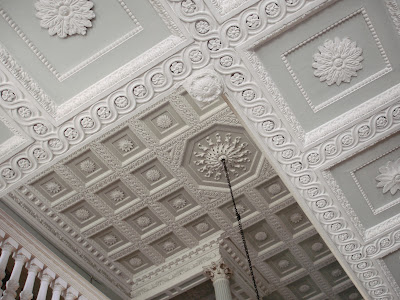 Equally ahead of the times was politician and author, Horace Walpole and draftsmen, Richard Bentley who formed the Committee of Taste which would commission bespoke furniture and fittings from the best craftsmen of the day for their respective homes - the most famous being Walpole's Gothic villa, Strawberry Hill in Twickenham London.

Decades before the Victorian's were enamoured by Gothic style, Chute and Walpole experimented with this magical aesthetic and at The Vyne, suites of rooms are panelled in dark wood with vaulted cornicing to allude to this particular fashion - speaking with another enthusiastic National Trust warden, I was told a wooden screen in the private chapel had been purchased from the Music Room at Windsor Castle, which is yet another wonderful example of Gothic revival in this country, created by Jeffry Wyattville in the mid-nineteenth century.

After a nine-million pound restoration, this weekend saw Walpole's Strawberry Hill now open to the public, with twenty-five rooms displaying the highest level of conservation as well as a new exterior render that emphasises the parapets and pinnacles that will continue to enchant many more generations to come. While Strawberry Hill is the epitome of everything Gothic, The Vyne is more a laboratory of design with classical, baroque and gothic working together amongst the unique treasures that were collected by the Chute family. On Chute's death in 1776, Walpole described his friend as his, "... oracle in taste". A poignant testament to John Chute and his ambitious style that puts modern copycat society to shame.
Posted by Jonathan Velardi at 10:51