Runaway And Don't Look Back

Although art and music are not unfamiliar ingredients for a delectable serving of pop culture, I am currently fascinated (and obsessed) with Kanye West's driving vision for the release of his fifth studio album My Beautiful Dark Twisted Fantasy that has the press dropping 'edgy' bombs to describe the hip hop artist's performances and new branding, which is frankly bizarre in this era of Gaga. So everyone may not know who George Condo or Vanessa Beecroft are, and West's target audience may have had to up their game to catch up with the singer's string of collaborative projects that I reported on before the release of his first track, Power, from his new album. But this is not 'edgy' or 'alternative', this is an example of a musician embracing the art world that in fact fuels all aspects of the creative world, only previously it has been filtered and processed to be understood for the mass market. 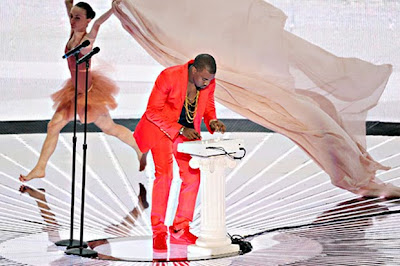 At this year's MTV Video Music Awards in September, West rocked out on a MPC on top of a Doric column juxtaposed with an impressive performance of ballerinas to the new track, Runaway. Anyone familiar with performative arts, and to a degree art installation, could see the quality and attention to the visual set West was wanting to present. In conjunction with the release of a trailer for this new single, West has relished in a month of previews, rumour and speculation that is not only fuelling hype of the release of the new album scheduled for the 22nd November - which has also sparked controversy earlier this week with the album's artwork produced by American painter and sculptor, George Condo, depicting a naked West underneath a bare-breasted Phoenix, with news the cover image is to be banned in America - the Internet is now on fire with the premiere of the single's music video. But this media-blitz does not end here. The four-minute music video to Runaway is actually only a small sequence to a longer length film titled after the single, which West has kept on the low-down until now. I can only describe the thirty-four minute film as an art film-meets-music medley - with Italian performance artist Vanessa Beecroft taking the reigns of Art Director, paired with Yemi Akinyemi's choreography and West adding Director to his ever-growing repertoire, this is a recipe of excitement.
Prague is the location for the film and and the banquet segment in an airport hangar, which is also used as the single's music video, displays the strong and familiar visual styles of Beecroft's work from her performances such as VB 52 (2003-2004). West cites his cinematic premiere with camera angles au fait with Kubrick and Fellini, with themes of beauty, symbolism and discrimination playing key elements in the production written by celebrated American video and film director, Hype Williams. From the beautiful Phoenix played by model Selita Ebanks and the incredible pyrotechnics; the enchanting ballerinas and carnival scene that includes a large-scale papier-mâché head of Michael Jackson (that perhaps tributes the late artist's own music video films) all contribute to a visual seduction accompanied by tracks from the new album like an audio narrative.

It is unclear whether future tracks will take their respective sequences from the film or whether it will be released in cinemas or screened in art galleries, but what is certain is West has created a new level to reach within the realm of music video. The ultimate action of ego this may be - but I would like to think West is making his audience think more: an education in high-culture that is far from 'edgy' and more on the money, with nods to the classical and contemporary working in complete harmony. In times of post-recession, culture is the new currency everyone wants their hands on and if it can be as visually attractive as this, then we all need to runaway and not look back.

Behold the full-length film for Runaway here and preview stills from the music video below... 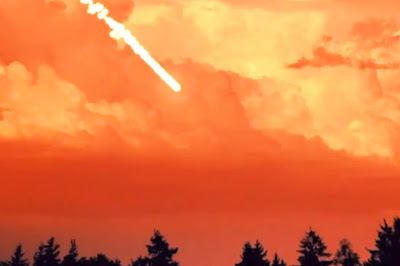 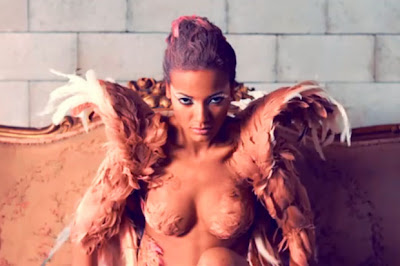 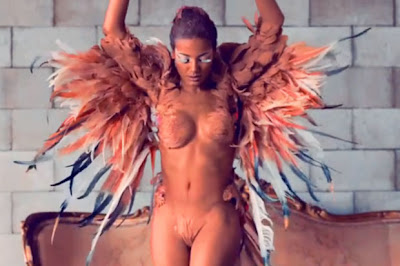 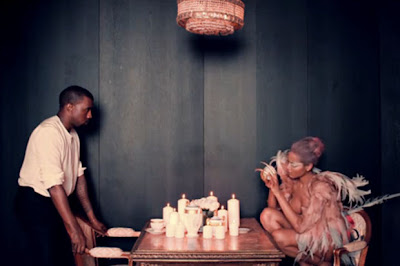 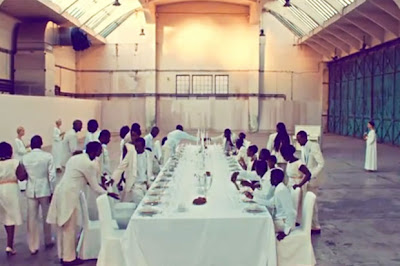 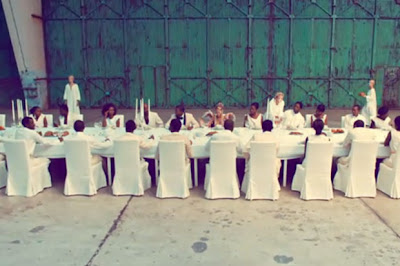 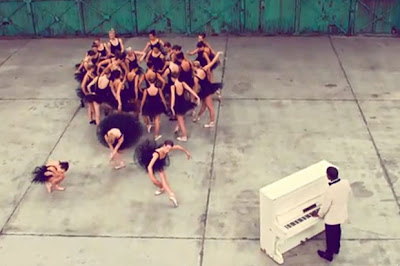 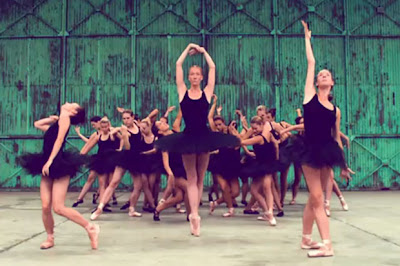 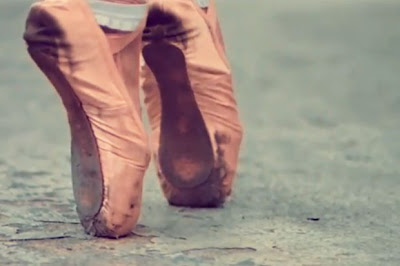 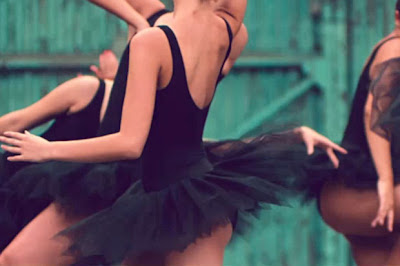 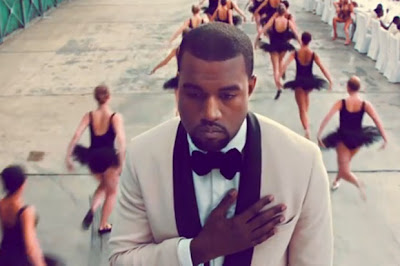 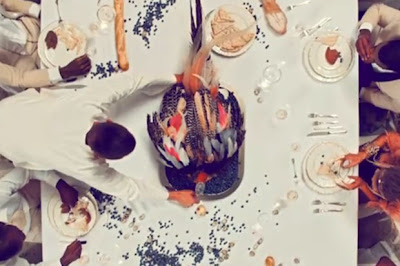 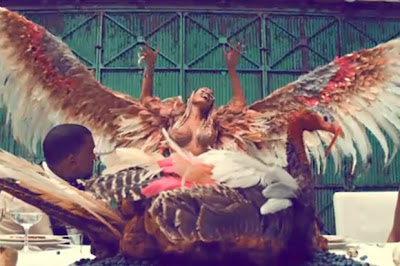 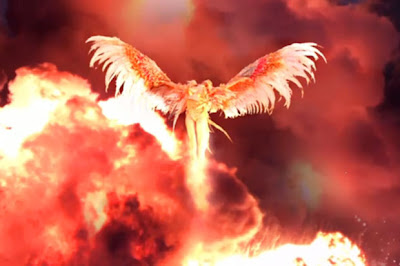 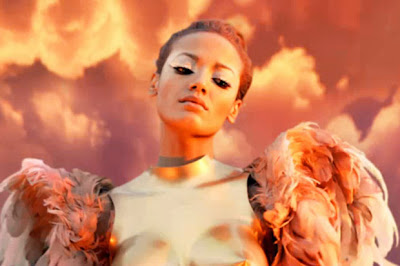 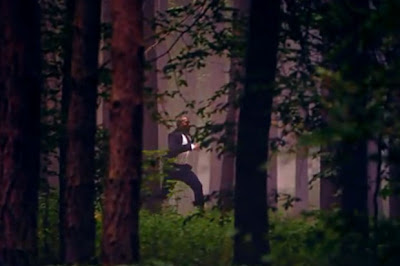 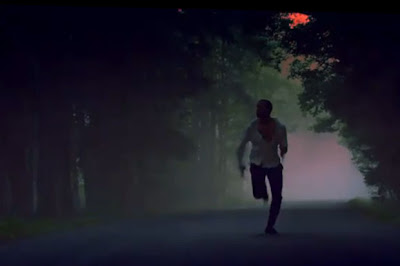 Posted by Jonathan Velardi at 09:01