May Day In Manchester

I headed Northbound for the long weekend with Ana and Renée from The Ladies of the Press* to see the sights and sounds of Manchester. I wanted to see the exhibition, Walls Are Talking, at The Whitworth Art Gallery and the Ladies were making an appearance at the art and music festival, Sounds From The Other City, so we decided to take Manchester face on together. Being the international trio that we were, we didn't exactly land on the right foot when asked by our taxi driver where we were from because we all "... sound foreign". In a desperate attempt to cool a potentially political outburst - and to secure we'd be driven to our destination - I declared my British citizenship only to be shot down with "... well I'm English mate". Defining our taxi ride as 'awkward' may be an understatement - being told we were 'in the North now' was on the verge of threatening: were we ever to be accepted by Manchester? The answer. Yes. An outstanding yes as a matter of fact. This northern metropolis was a refreshing change from our Southern ways and we discovered a more genuine personality, which was reflected in the fresh and energised art scene and was in stark contrast to the tired Shoreditch chameleons we are used to. 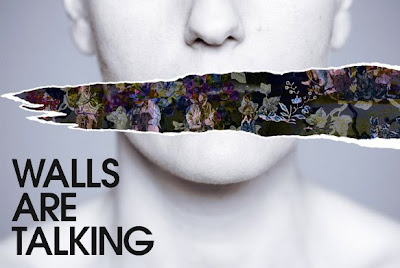 Walls Are Talking is a rare offering of wallpaper as a legitimate medium within a contemporary art context. The Whitworth did well at referencing traditional samples with contemporary translations - artists such as Andy Warhol, Allen Jones, Damien Hirst and Francesco Simeti were represented, as well as designers such as Timorous Beasties and commercial papers from the twentieth century that reinforced cultural and gender stereotypes. It was a shame that there were more samples on display than confident curatorial decisions for absolute wallpaper immersion, but the gallery excelled in its large-scale installation of Thomas Demand's ivy wallpaper that filled the bright gallery space that looked out onto the neighbouring public park. With the gallery's origins heavily in the textile industry, anyone interested in design and pattern should make their way to The Whitworth Art Gallery and explore the fine collection of works on paper and textiles that will no doubt see a returning visit from me in the near future. 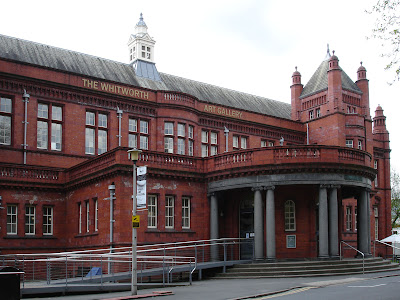 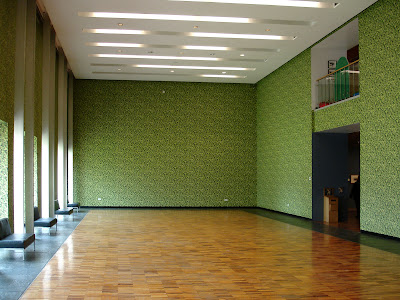 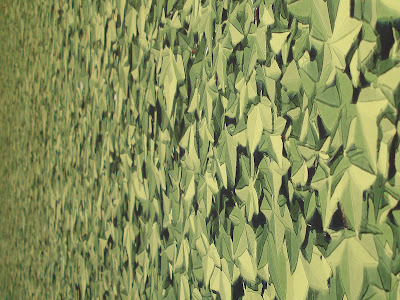 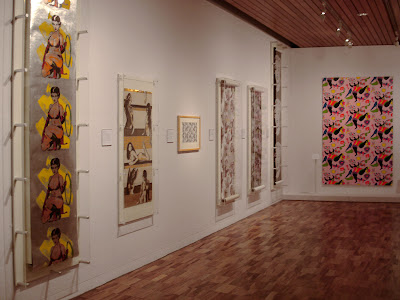 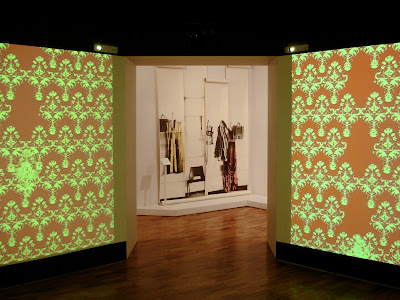 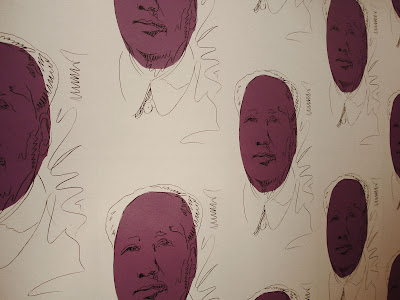 On Bank holiday Sunday, Salford - a few miles northwest of Manchester - was the location of Sounds From The Other City. Orbiting around the amazing Islington Mill, the festival performed at several locations around the neighbourhood. If I had to describe Salford in one word, eclectic would have to be it. Being a bit slow to realise it's connotations as 'the other city', Salford's creative scene at Islington Mill is all too aware of urban Mancunia's hesitance to wander to deep and dark Salford. But there is no need for any recognition from the city across the canal, for Islington Mill has something really special going for it and judging by the turn out on Sunday, people know this and will escape from their comfort zones and venture into the unique vibe that even I experienced with gusto out of my own comfort zone of oh-so-southern Berkshire! 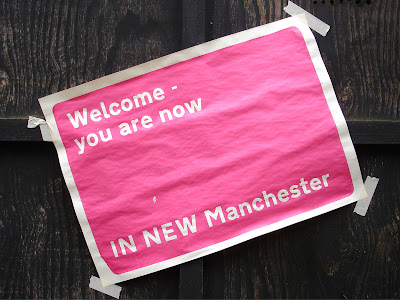 Helping The Ladies of the Press* produce another of the moment publication, Live Press! and I went mobile and our journey took us from the former cotton spinning mill that houses both art and music studios with a fantastic community garden in its courtyard... 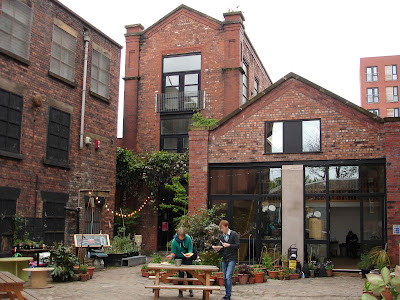 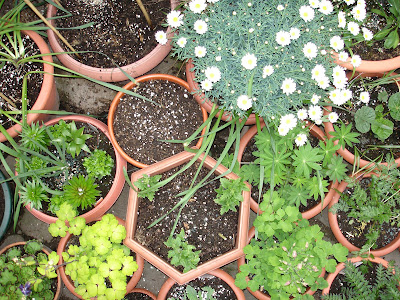 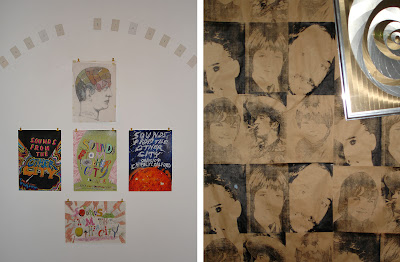 ... to one of Salford's pride and joys. The Kings Arms on Bloom Street is an eccentric British - I mean, English pub that acts as watering hole for local creatives and hosts music and theatre events in its upstairs performing space. With weather clearly not being a deterrent in these parts, the pub also had it's own very own courtyard, packed with eccentric paraphernalia; from old signage, mirrors and frames, to everything you could think of that just never sells in a charity shop, the space made a perfect setting for Tone Float and his musical mobile milk float that rocked out on the cold and cloudy day that no one seemed to care about. It was in the name of art and having a good time and importantly, being genuine and as you can now see, eclectic just doesn't do Salford justice. 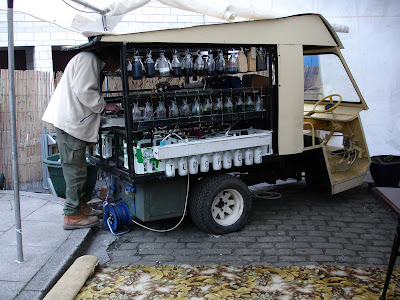 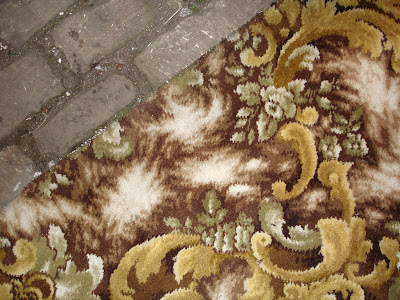 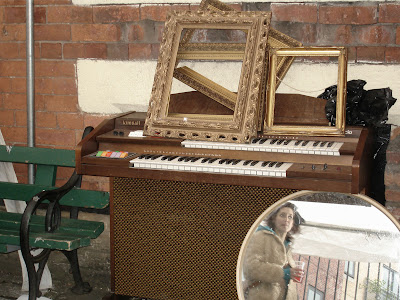 Competition of Salford's creative title comes from Manchester's Northen Quarter. A regeneration project of the last few years has seen this area, only a few blocks north of where we were staying near Piccadilly Station, turn into a hub of creative activity with art, fashion and design agencies setting up shop and with enough vintage stores and cool, yet humble, coffee joints and bars to make any cosmopolitan feel at home. 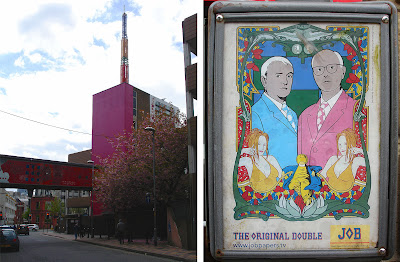 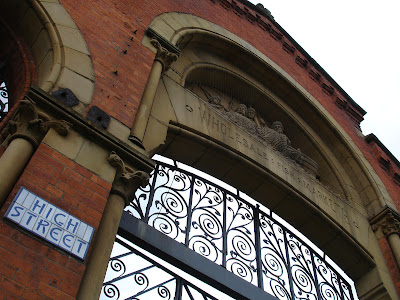 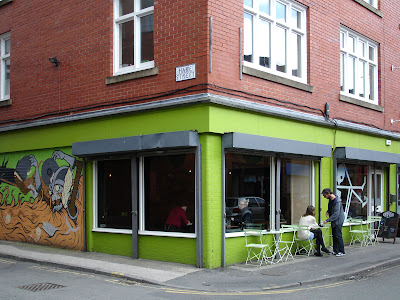 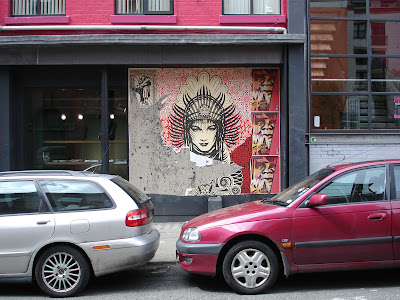 With an interesting mix of old and new architecture with sprawling street art around every corner, this creative quarter was somewhere we found ourselves going back to over and over again and for good reason. Thomas Streets cut across the quarter and 57 Thomas Street is a must for any beer aficionado. Brought to you from Manchester's Marble Beers this new establishment was only a few days old. Picture an intimate wine bar that only serves beer is what you get here - the knowledgeable and friendly staff are what creates the atmosphere here, with tastings and a story behind every beer pretty much guaranteed. The one long table also guarantees you meet people, creating the perfect formula of beer and banter without a reason to be intoxicated. For cocktails and music, check out Common on Edge Street (photo second from bottom) that played host to our last night in Manchester as well as the purveyor of great mojitos and an awesome atmosphere. Wash down all your alcohol at Grindsmith on Hilton Street where coffee and art meets in unison, with temporary art exhibitions gracing the walls of the space and a front window that let's you see the sights and sounds of Manchester from a comfortable position, which I hope you will agree after reading this, will pleasantly surprise you...

A big thank you to The Ladies of the Press* for their company and comedy last weekend - be sure to follow them on twitter as they press on in Leipzig this week at Art Zines - güte reise Ladies!
Posted by Jonathan Velardi at 06:01