The end of 2013 marked the finale of what have been momentous occasions at the House of Windsor. Celebrations for Her Majesty The Queen’s Diamond Jubilee in 2012 and subsequent Coronation anniversary last year provided much pomp and circumstance, great and small, which touched all aspects and interests of the British Monarchy. Design, innovation, culture and sport all featured in the royal limelight and as is customary, gifts were duly presented to the Monarch from these various bodies that contribute to what must be one of the most eclectic collections in the world, spanning The Queen’s sixty-year reign. 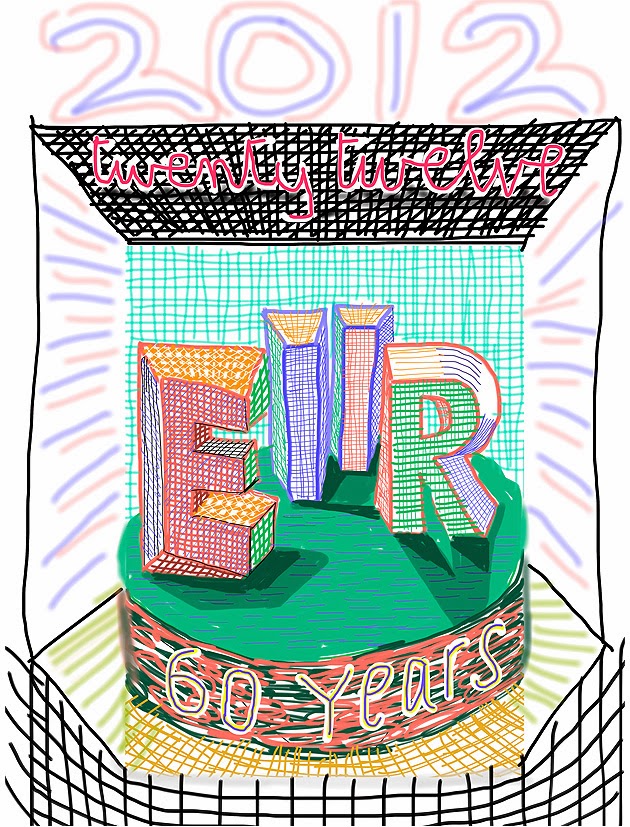 2012 Queen Elizabeth II Diamond Jubilee, 2012 - David Hockney
To celebrate the Diamond Jubilee, the Royal Academy of Arts, founded in London by George III in 1768, presented a gift to The Queen of over one hundred works on paper by practising Royal Academicians. The Diamond Jubilee portfolio followed tradition of two previous gifts presented to its royal patron – the first to mark the Coronation in 1953 and the second to celebrate the Silver Jubilee in 1977 – both of which had featured a host of prominent talent from the era.

Gifted: From the Royal Academy to The Queen, curated by Martin Clayton, Senior Curator of Prints and Drawings at the Royal Collection, presents the entire Diamond Jubilee portfolio featuring traditional and contemporary artists who have transferred their respective mixed media practices to art works on paper. Hung in the Salon-style at The Queen’s Gallery, the individual works from the portfolio encircle a painting by Johan Zoffany from the Royal Collection, The Academicians of the Royal Academy dated 1771-2. The painting is believed to have been commissioned by George III - as the Academy’s founding patron - and provides historical grounding of the long-standing relationship between fine art and Monarchy, as well as the developments of artistic expression through the centuries. Zoffany’s canvas depicts an all-male landscape of all the founding members in their finery setting up a life class with male nude models - training that was at the core of the curriculum, adopted from the French framework at the École nationale supérieure des Beaux-Arts in Paris. In contrast, the Diamond Jubilee portfolio portrays a very different representation of twenty-first century artistic practice in Britain; notably the inclusion of female members, the breadth of media such as collage (Joe Tilson) and photography (Michael Manser) to the latest technology with an iPad drawing courtesy of David Hockney, and not a life drawing sketch in sight. The exhibition is by no means a comprehensive representation of contemporary artistic practice, however high-profile names such as Hockney, Tracey Emin, Anish Kapoor, Cornelia Parker and Grayson Perry will cater to visitors who do not join the art crowd on its annual pilgrimage to the Royal Academy’s Summer Exhibition. 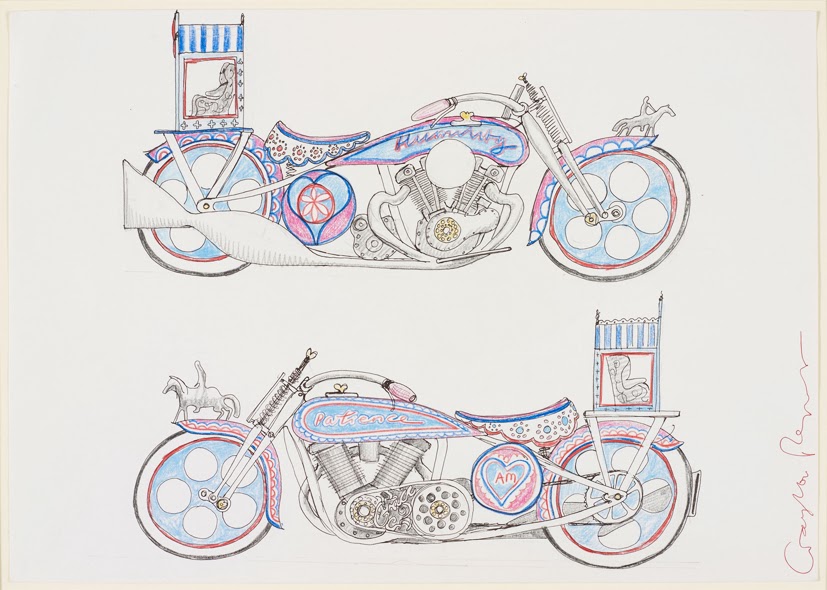 Design for Kenilworth AMI, 2010 - Grayson Perry
Other highlights include the design for London 2012’s Olympic Aquatic Centre by international architect Zaha Hadid and a print by sculptor Phyllida Barlow in her trademark pink hues, who is preparing to take on the grand Duveen Galleries at Tate Britain this year in the name of the annual Tate Britain Commission launching in late March.


While artists with controversial reputations in the art world are included in this exclusive portfolio, their restrained contributions may disappoint visitors expecting strokes of anarchy within the crimson gallery. On display are the beautifully crafted bespoke portfolio boxes that will archive the prints - reminding visitors that as with Zoffany’s painting, the works assume a new role, beyond the gallery walls, onto the royal timeline of history.

Gifted: From the Royal Academy to The Queen runs to 16th March 2014 at The Queen’s Gallery at Buckingham Palace. Tickets include entry to Castiglione: Lost Genius - an exhibition of drawings and prints by one of the most accomplished draughtsmen from the seventeenth-century, Giovanni Castiglione. For further visitor information visit the Royal collection’s official website.

Posted by Jonathan Velardi at 07:47