Earlier this week I headed to the South coast of East Sussex to explore the historic town of Hastings and its characterful surroundings. My local guide was fellow Slade alumni @djbrass, a resident of the area for several years, whose exceptional knowledge of all things creative made my inaugural visit extra special with great finds from the worlds of art and design. Many Londoners decamp along this coast line to live in idyllic bohemia and this includes the capital’s Jerwood Foundation who opened an outpost along the seafront in 2012. Now a little over a year old, the HAT Projects-designed Jerwood Gallery exhibits contemporary British art with both temporary displays as well as a permanent collection of modern art housed in a tile-clad black box, congruous with its neighbouring native black wooden net huts located on The Stade. 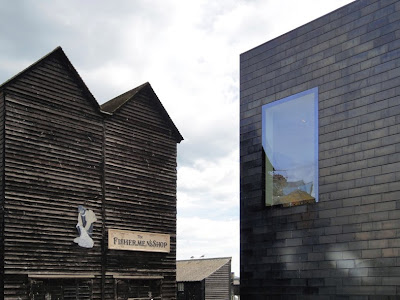 The current contemporary exhibit in Room 6 of the intimate museum showcases works by Jake and Dinos Chapman. Exquisite Corpse presents a series of etchings on paper from the collaborative siblings created in 2000. Part of a larger body of work – and an important source to where successive works have originated – the eight images on display have been inspired by a parlour game developed by the Surrealists called cadaver exquis or exquisite corpse, where the series and exhibition title takes their name. To be executed collectively, a sheet of paper is folded several times; the paper is passed around for each participant to add parts to a body, which in turn is folded again to conceal previous additions. The technique subsequently produces a haphazard composition of varying scales and styles. 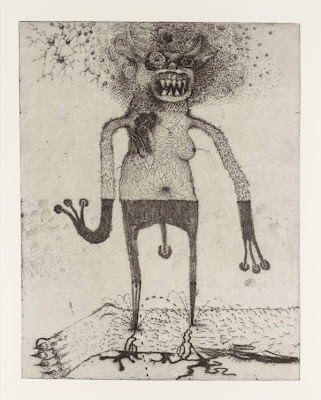 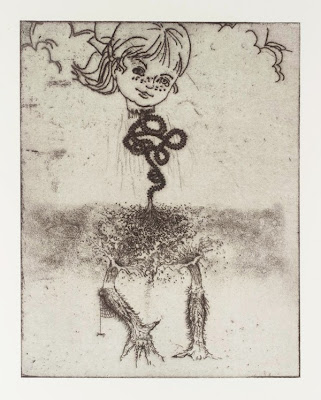 The formula is unsurprisingly favoured by the brothers grim, grotesque and shocking - skulls and swastikas contribute to the visual DNA constructed by the brothers of decay and destruction that have been trademarks of this YBA duo for over two decades. The nature of the printed medium allows for exquisite fine detail: hairy limbs uncomfortably share form with oozing orifices shredded by razor sharp claws; shower heads spray blood within a landscape of richly textured uproots, inhabited by decapitated children with bestial deformities. While the tradition of print provides a gravitas by default, the series is deserving of an appreciative eye for the provocative that is relayed in monochrome innocence. There is beauty in the ghastly and the attention to detail is seductive in both context and execution. 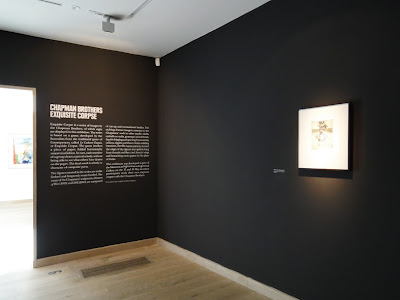 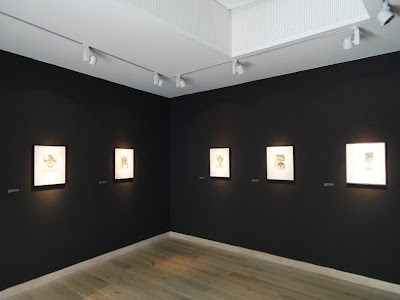 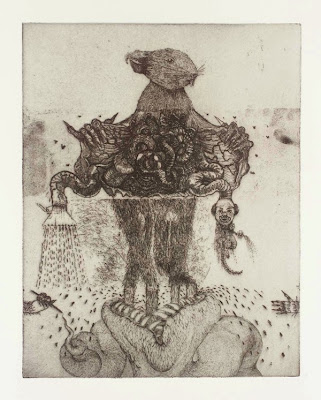 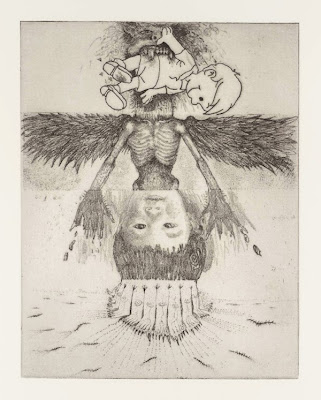 Macabre as brand is no easy feat, yet the Chapman Brothers have successfully presented both an accessible and accepted narrative that transcends from the conceptual white cube walls, via household recognition, to the image-conscious runways of high fashion. 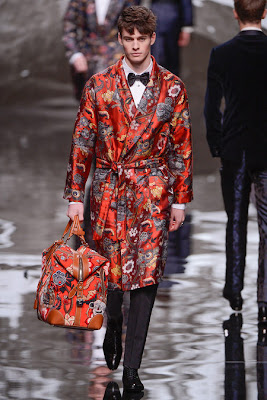 Chapman Brothers X Louis Vuitton F/W13
The artists have collaborated with none other than French luxury house Louis Vuitton, under the direction of ready-to-wear menswear designer Kim Jones, on a capsule collection of accessories due for release this Autumn. 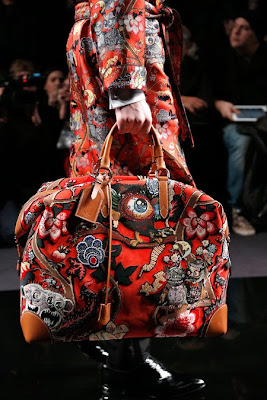 Posted by Jonathan Velardi at 11:42