Lates Through A Lens

London’s Science Museum is officially on the art map. After the launch of its highly anticipated Media Space last week, the permanent gallery created by Ben Kelly Design will host a changing programme of art and technology to reflect on-the-pulse dialogue in an every-changing media age. Releasing its art and photographic collection to the public for the very first time, Media Space was conceived between the London museum and the National Media Museum in Bradford, home of the National Photography Collection. 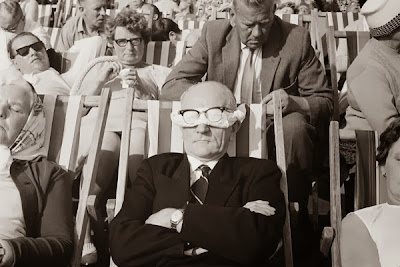 Photographers Tony Ray-Jones and Martin Parr inaugurate the new gallery with the exhibition Only In England, which explores the relationship and fascination with English custom and identity. Parr has selected a collection of the late artist’s work from 2,700 negatives and contact sheets that are held at the Ray-Jones archive at the National Media Museum – they will be displayed alongside Parr’s very own critical social-scapes of modern English culture.

Kicking of the Science Museum’s first Lates since the opening of the Media Space will be my very talented friends The Ladies of the Press* who will be performing their popular Magic Moments Photo Booth for one night only. Ana and Renée will attract visitors with their low-fi photo booth, rooted in a Surrealist and Dadaist mashup, topped off with sprinkles of English seaside stereotype, in reference to Only In England. They will work their technological magic from their makeshift press station to produce simulated and printed creations for participants to discover and enjoy. 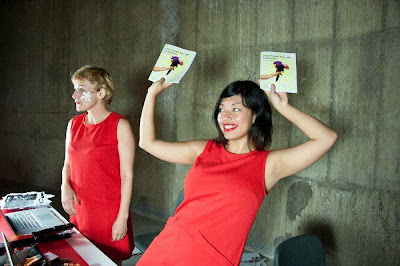 The Ladies of the Press* - Ana Cavic & Renée O'Drobinak
Other lens-centric highlights scheduled for this coming Wednesday’s Lates include a rare opportunity to hold some of the world’s oldest photographs from the Victorian era; workshops on how to make the most of your smartphone and the actress and campaigner Lily Cole will talk about her new digital platform Impossible.com.


Only In England and Universal Everything & You runs to 16th March and 7th February 2014 respectively - visit the Science Museum for further details.

Posted by Jonathan Velardi at 08:57