The eyes of the art world and the pen nibs of the critics faced London at the beginning of the week for the anticipated retrospective of Damien Hirst at Tate Modern. In what is the first extensive survey of the artist's work in a British institution, the opening of the exhibition reflected the gravitas that Hirst now commands: not only has the Tate chosen Hirst to occupy their summer 2012 slot - during the height of the country's Royal Diamond Jubilee and Olympic celebrations that will be visited by hundreds of millions around the world - the artist gave a primetime television interview of the exhibition on a national network station, inviting some of the most expensive works of contemporary art into the living rooms of millions across the country. While I challenge anyone to compete with the accessibility of contemporary art that is unquestionably being pioneered by Britain, as well as Channel 4, the network behind the interview (whose choice of presenter in personality Noel Fielding was not to everyone's liking - cue The Sunday Times art critic Waldemar Januszczak who received a tirade of abuse from Fielding fans on Twitter), the element of media attention is precisely how Hirst has risen to his position today, through tabloid hysteria of formaldehyde, sharks and front page Doctor Death attributes created by red-top giant The Sun back in the Nineties.
After David Hockney's criticism of Hirst's 'factory' practice earlier in the year, diehard traditionalist critics and commentators, probably Sunday painters themselves who could only dream of a team of skilled assistants, dived into several debates around 'con-artists', 'frauds' and obviously the dirty word of 'money'. Money (in its millions) is a word seldom detached from a sentence with the words 'Damien' and 'Hirst' in them. After the artist's historic Sotheby's sale in 2008 and creation of the world's most expensive work of art in the form of an 8601 diamond encrusted human skull, costing £14 million, it's not difficult to understand why. Hirst himself simply justifies his million-pound-mediums as materials that were accessible to him at the time. Can one really argue with that? With every critic denouncing Hirst's content and mainstream ventures such as his commercial arm Other Criteria and even the factory transparency now for all to see at damienhirst.com, there is praise of genius and icon that places Hirst at the top of contemporary British art. On the markets, a Hirst is reportedly selling for less than in 2008 but who is to say a renaissance is not around the corner. Hirst is ultimately a living brand, a brand that competes with renowned trademarks such as Warhol or Haring, directed by their posthumous foundations - Hirst is forty six years old, has reportedly returned to painting by hand (The Devil's In The Detail, October 2009) and is unlikely to retire to the Devon countryside just yet. While this is not the beginning, illustrated in the way the artist cringes at his first exploration of colour on kitchenware when an art student during the televised interview, it is certainly not the end for brand Damien Hirst.

Nowadays not even the exhibition gift shop is saved from scrutiny - with limited edition Hallucinatory Head spin-painted skulls on sale for no less than £36,800 it's unsurprising this souvenir made a fair few inches of newsprint this week. I myself love a good gift shop and I am fascinated how pencils and rubbers are not enough to cater for the cultural caché that gallery-goers now demand. Here are a few of my favourite, albeit reasonably priced, items from Damien Hirst at Tate Modern... 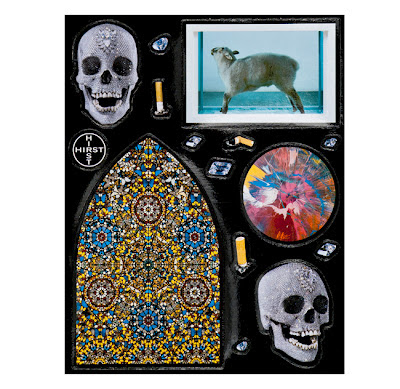 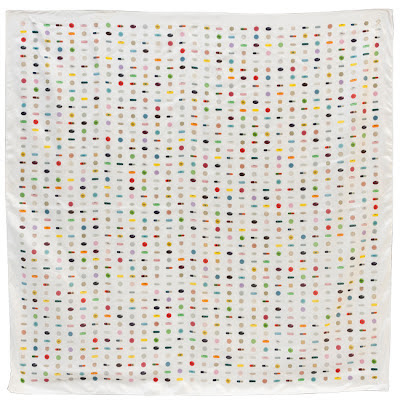 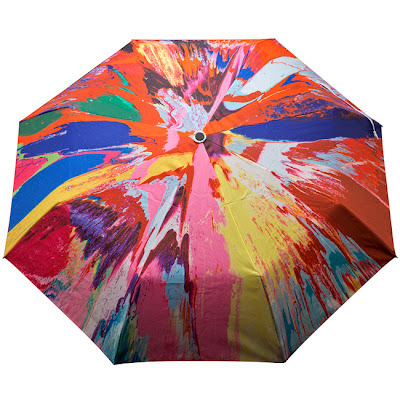 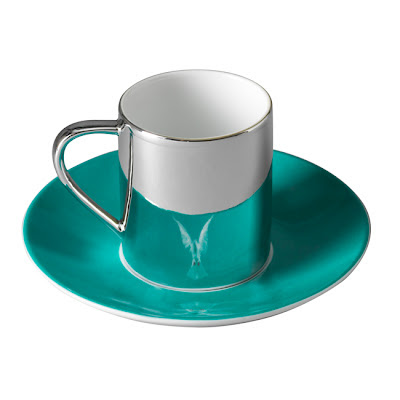