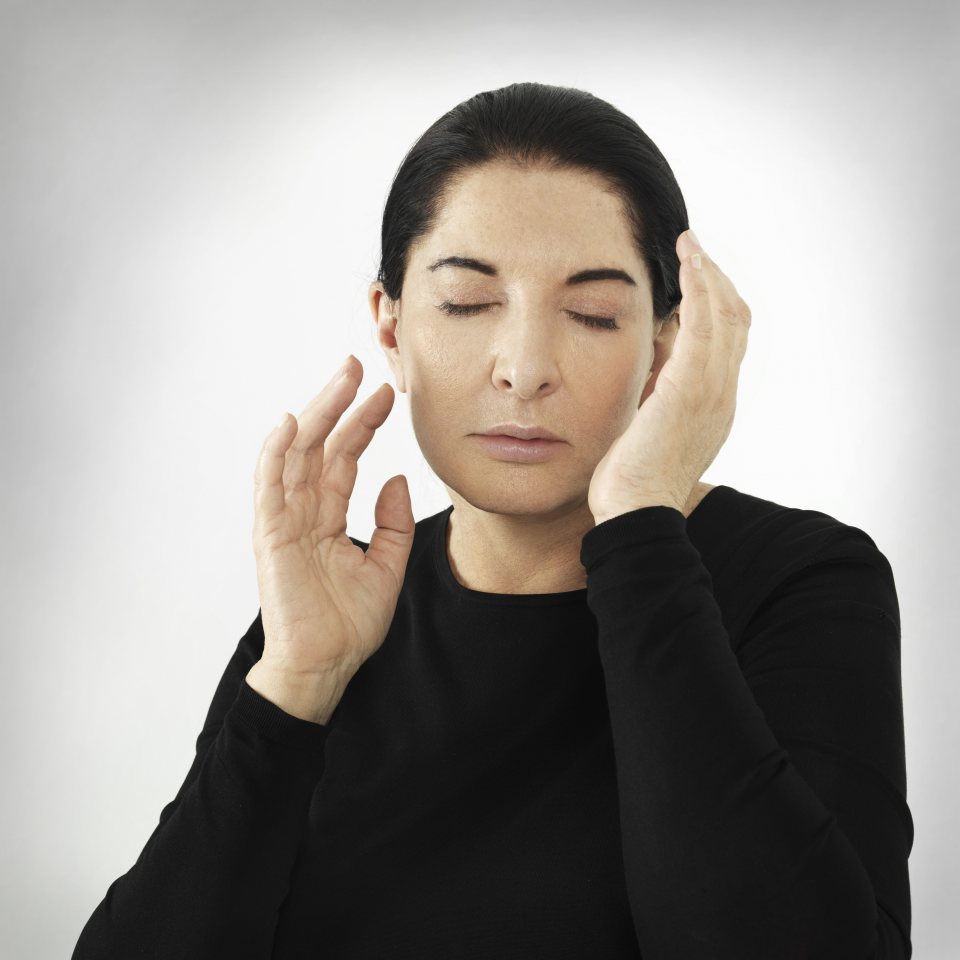 The first images to come out on the opening day of Marina Abramović’s 512 Hours exhibition at London’s Serpentine was from art critic Adrian Searle, who tweeted the morning queue before doors opened at 10am outside the gallery in Kensington Gardens, Hyde Park. 512 Hours is the latest work by Abramović since her celebrated performance at MOMA, New York in 2010 – The Artist is Present invited visitors to gaze into the artist’s eyes for an undetermined amount of time and this process was repeated everyday for three months. The role of body as both object and subject is central to Abramović’s forty-year practice, as is the relationship between artist and audience that is explored though various workshops at the Marina Abramović Institute. Four years after what was an unprecedented moment in the history of contemporary performance art, the Serpentine will host Abramović for another durational performance, its length after its namesake, through to August.

Keeping an eye on the exhibition’s hashtag #512hours throughout the morning, I arrived at the Serpentine Gallery a little after noon to a queue that ran the middle length between the gallery and Exhibition Road. A gallery assistant handed out a leaflet listing information - or rules depending on how you read it - about what to expect once visitors get inside. Dubbed ‘The Marina Show’ by the press, ‘visitors’ turn ‘participants’ once over the gallery threshold; relinquishing belongings, technology and even timepieces in an anteroom of lockers as well as agreeing to being filmed and photographed for the Institute’s archive.

160 participants at a time are allowed inside on a one-in one-out basis. The activity of those in the queue and those coming out of the gallery is a voyeur’s dream. Other distractions include the exhibition’s official marketing poster, which features a portrait of the artist, eyes closed, striking a pose that I can only describe as a telepathist-cum-90s trance album cover. The line was moving at a good pace and after less than an hour – now in Abramovic’s third hour of performing – I entered the gallery with a stamp on my wrist and a cynical feeling of pending anticlimax. The last 'celebrity' performance I attended was Joan Jonas’s The Shape, The Scent, the Feel Of Things a few years ago at Dia:Beacon. This was to be my first interactive performance experience conducted by a celebrity artist and a part of me had hoped Jay Z would swing by and reciprocate an invitation as Abramović had for his first foray into the art world at Pace Gallery last year (Picasso Baby: Art History?, July 2013).


line moving rather quickly = how short people can be without their phones? #512hours pic.twitter.com/8Xh2UBRkRV
— Jonathan Velardi (@JMVELARDI) June 11, 2014

Through the double doors of the gallery lies the locker room – grey and white and very clinical – I choose locker number 13. The silence beyond the partition wall in the main gallery space takes time to hit me. Gentle footsteps are remarkably the only noise one hears. The bright light that floods the space is ethereal and guarantees both artist and participants are camera-ready – installed on opposite corners in the main gallery. Several folding chairs and a MDF platform make for low-fi props. Abramović is immediately recognizable as she works the room at a slow pace. Her dark navy outfit – a knitted blazer over a white crisp shirt, blue skinny trousers and soft leather brogues - resembles something out of a COS lookbook. A handful of assistants are dressed head-to-toe in black - normcore in art world standards - and replicate the artist’s pace while meandering around the public. Within a minute of entering the gallery Abramović approaches the corner I’m standing in and takes the hand of another nearby. She leads the woman to the centre of the space, taking her hand and carefully interlocking their fingers. The pace is painfully slow however in time I too find myself adopting a similar lethargic walk as I explore the adjacent rooms. Artist and participant walk up onto the platform and stand side by side. For women with long hair she will gently brush it back over your shoulder and whisper into your ear. For men, she will place her hand on your shoulder or caress your back. In contrast to the scenes outside, inside makes for a voyeur’s nightmare and the reality that I may be approached to engage in any sort of interaction becomes all too real. Some participants are positioned on chairs, some on the platform and others face the wall to be left vulnerable as the rest of us watch. My body language of folded arms and wearing my locker key on my little finger wasn’t attracting Abramović or her assistants. I continue to observe. If she likes what you’re wearing she’ll give a tug on your lapel before holding hands and repeating the process. The gallery to the left of the main space is exposed to the park through French doors with members of the public able to look in. Abramović gives them a wry smile, a mental break perhaps from palpable levels of concentration in the gallery.

Approximately 10 minutes in and I feel more at ease in the space and my initial surprise at the range of people in attendance – far from the usual art pack stereotype – was about to settle until I distinguish Abramović’s burly security detail in civilian clothing who follow her at a distance. Another 10 minutes or so pass and just about as I mentally content myself in not knowing what Abramović and her assistants are whispering to the chosen, I lock eyes with one of the black clad assistants. She walks nearer to me and I realize my guard is down; my arms unfolded and hands hanging at my waist. She offers me her hand and I oblige. Our shoulders touch and we walk hand in hand to another corner of the room. So familiar now with the silence and immune to the visuals of the space, the experience is exclusively physical. I am positioned to face the bare wall and breathe in unison with the assistant. After what feels like minutes, she lets go of my hand and whispers into my ear, “keep breathing and look at the wall for as long as you want”. Nothing but white entered into my peripheral vision and for a moment I embrace the meditative nature that I had previously watched those chosen to adopt. I would love to detail how I went into a trance or how I was overwhelmed by the physicality of it all, offering of my body for the art, but frankly that wasn’t the case. When I’m ready I naturally slowly turn around; I slowly make by way back to the main gallery for one last moment of being in the same room as Marina Abramović and another 159 people, followed by a slow exit back to the locker room.

Visitors are ‘invited to stay as long as you wish in the exhibition’. Had I looked at my phone before entering I would have known how long I was in there for. I assume the people who felt it appropriate to take their shoes off were in it for the long haul. Time is fundamental to performance art – the indulgence of context versus endurance, put in crude terms. Undoubtedly Abramović has created one of the most serene corners in Hyde Park, if not in the capital. As with many works of performance art that use the value of time to shroud weak substance, I question how much of 512 Hours – its very title rooted in time - actually requires 512 hours to express what it is trying to do? Had I stayed longer would I have witnessed new revelations in the dynamic? Felt a shift in energy amongst the art struck crowd or even Abramović herself? Is there method to the Marina Abramović madness? Only time will tell.

As I write this Abramović has endured 16 hours of performing. 496 hours remain.

512 Hours performed by Marina Abramović runs to 25th August 2014 at the Serpentine Gallery. Entry is free between the hours of 10am and 6pm – visit Serpentine for full visitor information.

Posted by Jonathan Velardi at 16:03