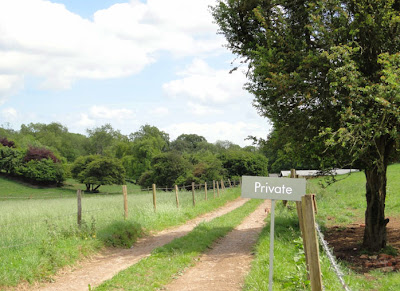 It was a private view like no other. Set in the rich green valleys of Wiltshire, there was no better place to be this past Sunday than 81 miles out of London to celebrate the opening of Michael Craig-Martin's exhibition at the New Art Centre, Salisbury. Originally established in London as Sloane Street Gallery by the Countess of Bessborough in the late Fifties, New Art Centre has resided in the splendour of Roche Court in the village of East Winterslow, and has been attracting the art pack from their metropolises since 1994. 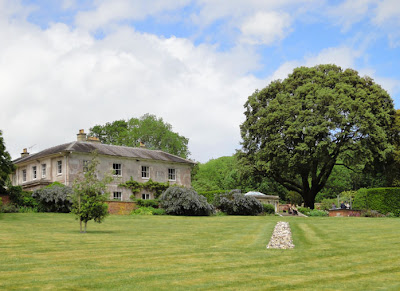 Phyllida Barlow, Anthony Caro, Barbara Hepworth and Richard Long are only a handful of names that have grandly installed works on the estate with its rolling paths and uninterrupted vistas that make for the ideal outdoor gallery. I'm a big fan of sculpture parks and one can really be surprised at finding a new appreciation for an artwork, or even an artist, when a work is open to the elements and free from the constraints of the white cube. 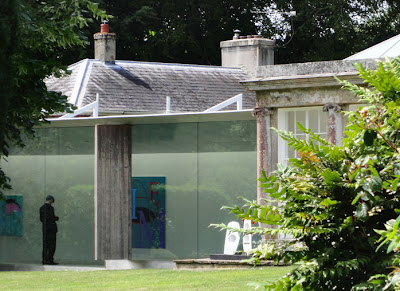 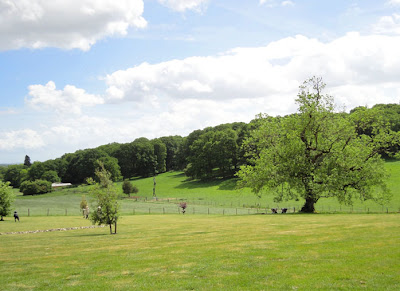 The Countess of Bessborough perfectly fuses the aesthetics of a fine Georgian country house and its natural surroundings, with accents of contemporary sculpture bridging the classical with the contemporary in a triumphant arcadia. The new sculptures and paintings by Michael Craig-Martin effortlessly balance their simple origins of everyday objects by their strong graphic colours that were reflected in the blooming flora that has excelled in recent weather. Umbrellas, bulbs and hammers were all given Craig-Martin's trademark mechanical outline that has been synonymous with his 'universal language' around form and purpose. Gate (White) poetically stood in all its picket-fence-glory in a central area of the garden where all paths congregated and made for the highlight of the exhibition. A series of new paintings were also on display in the magnificent glass fronted Gallery and Orangery that looked out across the endless landscape, reminding visitors this is first and foremost a sculpture park but equally a space that thrives on juxtaposition as is so evident by the diverse and exciting exhibition programme at Roche Court. 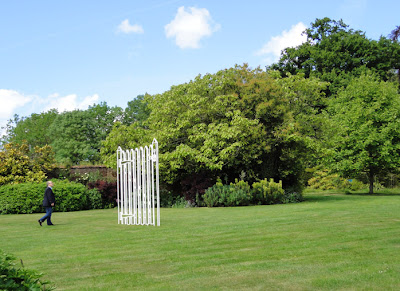 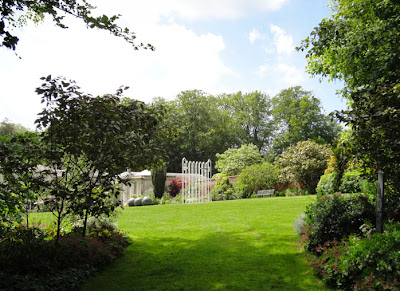 It was also wonderful to see Eva Rothschild's Someone and Someone, a similar work to her recently commissioned Empire for Central Park in New York that I reported on in March, as well as Julian Opie's Imagine you are driving a... editions that added an urban reminder to the everyday in the same way Craig-Martin's ordinary objects extraordinarily appear and disappear amongst the backdrop of foliage as you circumnavigate their two-centimetre depth. 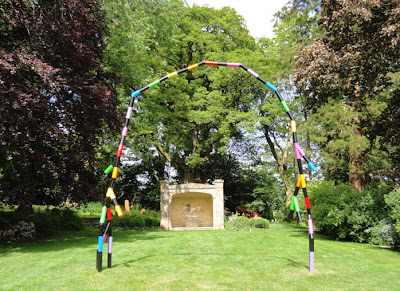 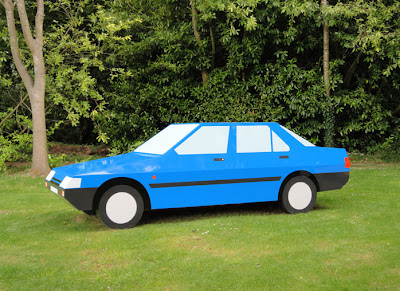 Julian Opie - Imagine you are driving a blue Honda (2004)

Posted by Jonathan Velardi at 13:44