The Art world migrate to France this week from Frieze to FIAC, Paris' very own International Contemporary Art Fair held at the Grand Palais and the Cour Carrée du Louvre with a series of outdoor projects in the Jardin des Tuileries. Analysis post-Frieze declared a less frantic market with galleries taking more time to speak with buyers, and collectors free from the pressures of a quick investment. Competition may not have been so hot compared with previous years, but a more considered market is rising from the recession and two signs in Paris this week declares the position of art as a safe investment and the ultimate symbol of luxury.
The Gagosian empire has landed in the eighth arrondissement at 4 rue de Ponthieu with a gallery that is fit for any couture atelier or luxury boutique, designed by French architect Jean-Francois Bodin and London studio Caruso St. John. Launching with works by American artist Cy Twombly, the Gagosian Gallery's place in Paris marks the city's transformation on the international art circuit. Modern art has been more accepted with projects over the years with contemporary interventions at the Palace of Versailles and at the Louvre with Twombly painting a ceiling in the museum earlier this year. 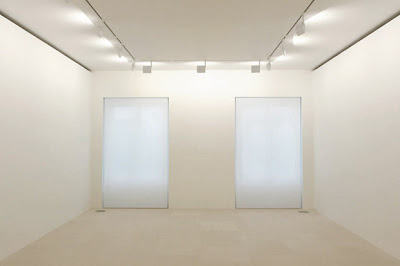 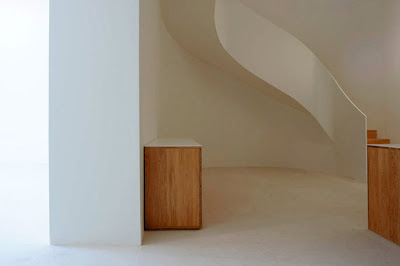 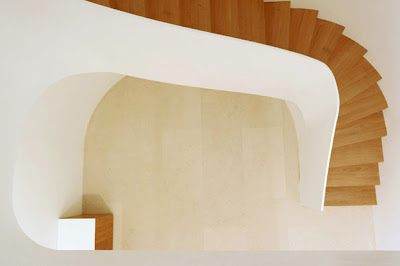 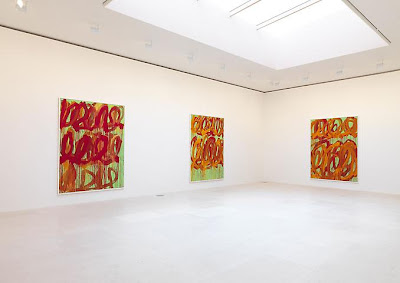 Camino Real - installation
So if Paris' message of reclaiming it's status as the heart of the art world once more is not clear enough, then let money speak for itself. The luxury fashion and lifestyle house Hermès has collaborated with French artist Daniel Buren for the exhibit Photos-souvenirs au carré that is being presented at La Monnaie de Paris - the French mint. Buren's large-scale public installations of vibrant colour and stripes have been a great inspiration to my own practice and with this project we see both his trademark style fused with his own photographic work that he has accumulated throughout his career since the 1950s. Out of the four-hundred thousand photographs which poignantly document his work and travels from around the world - only twenty-two 'photos-souvenirs' have been used for this Hermès collaboration on what else but a desirable, enviable silk scarf. 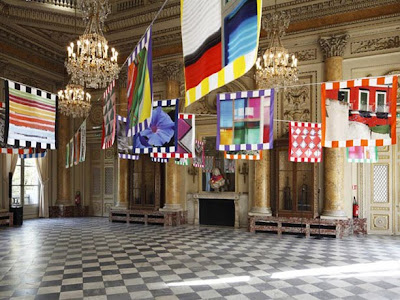 Photos-souvenirs au carré - installation
Buren's graphic photographs set within a solid striped frame produce a bold and saturated image that form the series of three-hundred and sixty-five silk scarves - a result not familiar with the subtle luxury of the Hermès brand - but the house and artist have had a long relationship since 2000 and after the success of the first production of artist-inspired designs onto silk with Josef Albers' Homage to the Square in 2008, it was a suitable partnership that results in a very unique product for both parties. Aside from the aesthetic, new territory for the house was explored by leaving the traditional method of silkscreen and adopting the technique of ink-jet printing that allows for a greater output of colours to create the intense and photographic quality onto textile. Adamant that the works of art are to be 'tied around the neck, draped and crushed', Buren shows collectors that art can come out of the dark bank vaults in full technicolour and with limited releases in a selection of Hermès boutiques from this week, this may be the sure sign that Paris has it's competitive streak back. Euros at the ready tout le monde! 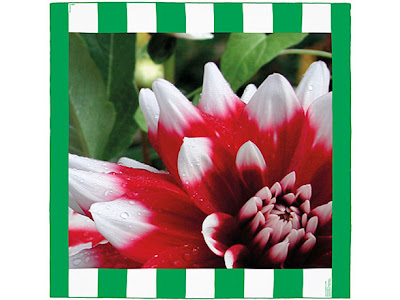 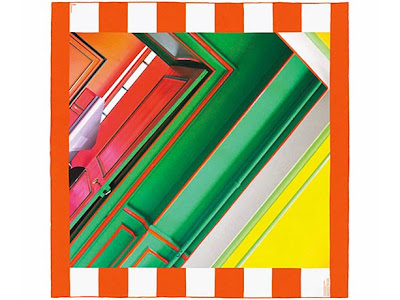 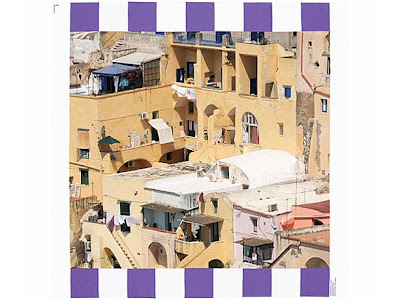 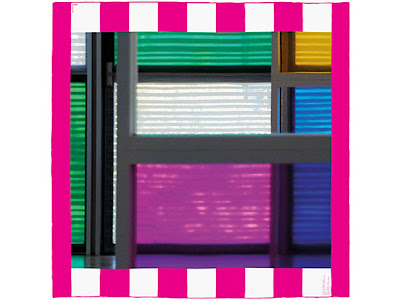