... On The Political Situation 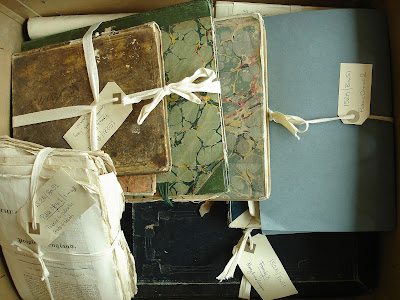 My commission for Devon County Council and Double Elephant Print Workshop is very much on the go and the Politics in Print title for the project is equally a theme du jour with the current state of national affairs. Yesterday I paid my first official research visit to the Devon Record Office in Exeter which I described in an earlier post with absolute amazement - the shine had not worn off second time around, in fact, I was slowly coming to realise I was involved with something really quite special. So often with commissions, the initial theme for the artist to work with is so free from temporality, the lack of a challenging proposition makes one's creativity run a little dry but I have been genuinely surprised, whether intentional or not, with the political direction that this commission demands from both past and present history. It has naturally gained another facet with the recent interest in politics and governmental policies now that everyone's money is being taken left, right and centre by the Taxman. Politics has the powerful ability to either unite or divide - Prime Minister Cameron's comforting chant that "we are all in this together" is neither new or revolutionary in his predecessor's shadows and while I flipped through early-ninteenth century political manifestos and pamphlets, the rallying calls for unity for and against parliament prove to be centuries-old propaganda. My intentions for Politics in Print is to document the everyday sentiment towards politics over Devon's history to create new narratives through dialogues in time. A series of monochrome screen-printed cotton-sqaures or bandanas will incorporate symbols of local identity that have been inspired by my research at the Record Office to form an allegorical journey around the square. The design on cotton will act as a souvenir of both Devon's cultural identity as well as a representation of my time as a visitor to the county, acting as a biographical and political commentary within a site-specific context.
Although initially daunting, yesterday proved to be very productive and I think I'm on a winning campaign trail so to speak! Here are a few photos from my day that include a box dedicated to various items donated to the Record Office from the Addington Estate (above). Letters and books belonging to Henry Addington, 1st Viscount Sidmouth and Conservative Prime Minister of the United Kingdom between 1801-1804, offered a personal insight to this political figure. The age of commercial print through methods of engraving and lithography were transforming communication and with this, the attention to the visual and its own unique quality of communicating a message through imagery was being considered. I was particularly attracted to the bold and graphic style of a document from 1817 that could have almost been printed in todays' press - "Plain Truth in Answer to Inflammatory Declamation; or, Seeing is Believing" (below) details the proportions of the different branches of Public Expenditure of the British Empire that includes the armed forces and national debt. Although a graphic like this is familiar to our modern eyes, this was a striking, and clear visual of public expenditure that could have been understood by all levels of society. The medium of commercial print was breaking barriers otherwise fortified by the word - to the left, we see a cover from an issue of "A Devonshire Man", that although presents everything that is British in voice and word, it also draws on the pride of the printed word with the use of three typefaces on the same page - a style choice that would be unthinkable today. From Lord Sidmouth's Romanesque wax seal to writings of war and the Napoleonic conflicts, the Addington box was a fascinating exploration of a family's life and duty. The indentations of each letter that covered the back of a document was braille-like - a sensory feeling that bonded my relationship between the materiality of the archives as well as my focus with the commission. 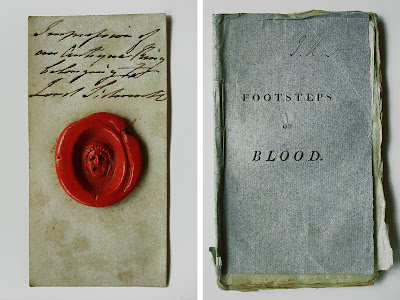 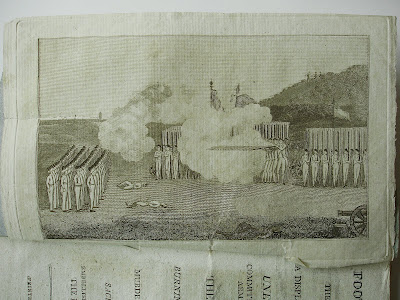 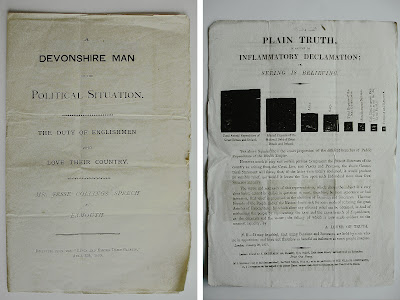 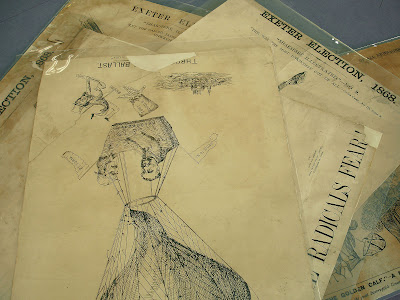 The earliest account of the day was Benjamin Donn's maps of Devon County and the city, and then county in itself, of Exeter from 1765. The beautifully engraved survey with colour claims to document,
"... Latitudes and Longitudes, Angles of Position from Towers and Hills... about Six Thousand Miles of Roads and Rivers.. (and at a Mean, about Ten Stations taken in a Mile) by myself... ".
My research may not be taking me as far and as wide as Mr. Donn, but I hope you will follow me and my work by visiting jonathanvelardi.blogspot.com as I document my commission between now and September. If you would like further information about my practice click here or get in touch at jmvelardi@yahoo.co.uk 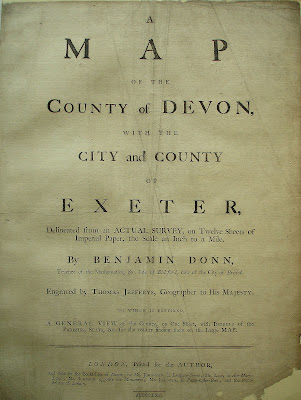 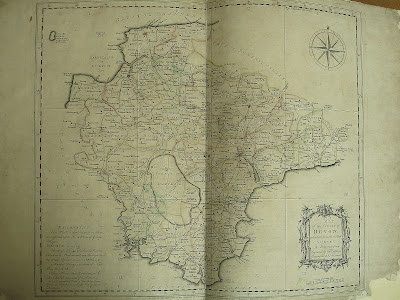 I leave you with a humorous article I discovered concerning monkeys, wags and Nursemaids from the mid-ninteenth century. Whatever happened to the fun in politics? Enjoy... 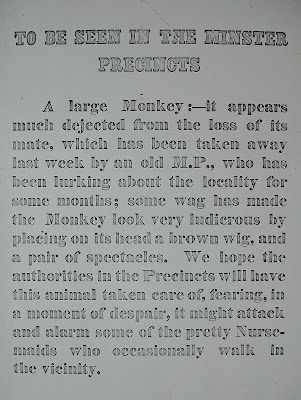